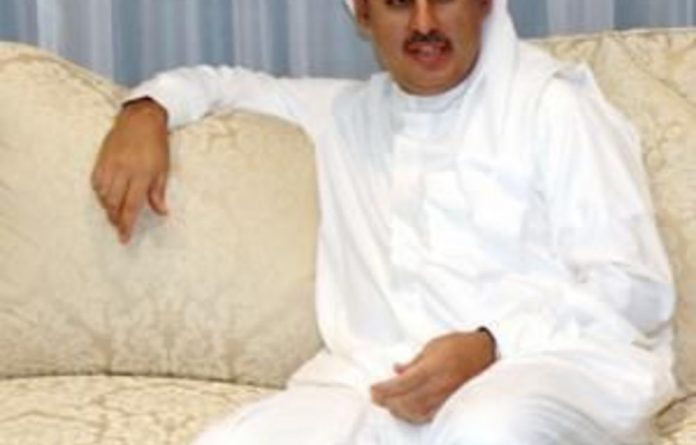 Extremist groups are using “scare-mongering tactics” in a bid to exaggerate the unrest in Bahrain and force the cancellation of the country’s Formula One race, the circuit chairperson claimed Tuesday.

There have been growing calls for the April 22 Bahrain Grand Prix to be cancelled for a second straight year because of daily clashes between security forces and anti-government protesters that have led to 50 deaths. A jailed activist on a two-month hunger strike has also galvanised rights groups leading the opposition to the race.

But circuit organisers have stepped up efforts to counter fears that the tiny Gulf island was too dangerous for racing.

“What has been happening is that armchair observers — who have not been sufficiently interested or committed to investigate the situation for themselves — have been driving this debate, at the expense of those neutral parties who have taken the trouble to investigate the situation at first hand,” Bahrain International Circuit chairperson Zayed Al Zayani said in a statement. “This, combined with the scare-mongering tactics of certain small extremist groups on social networking sites, has created huge misconceptions about the current situation.”

In a bid to highlight support from the teams to race in Bahrain, organisers released excerpts from a report they said was prepared by Lotus after visiting visited Bahrain.

“There is a need to keep the circuit and the teams secure and they (race organisers) are doing this and they feel very comfortable about the arrangements,” the report by unnamed Lotus officials read. “If there is going to be protestation then it will be confined to peaceful protests you will maybe see some banners being waved and maybe some tires on fire, but that is all they expect. We came away from Bahrain feeling a lot more confident that everything is in hand.”

Teams must decide for themselves
Earlier on Tuesday, F1 boss Bernie Ecclestone said it was up to the teams to decide whether to travel to Bahrain and that he couldn’t force their hand.

“We can’t say, ‘You’ve got to go’ — although they would be in breach of their agreement with us if they didn’t go — but it doesn’t help,” he said. “Commercially they have to go, but whether they decide to or not is up to them. I’ve had no one say anything other than, ‘We’re going to be racing in Bahrain.'”

But the Formula One Teams Association, which represents seven of the 12 outfits, said that a decision on cancelling the race is up to the governing body.

“There’s been some media speculation recently to the effect that the teams may seek to cancel this year’s Bahrain Grand Prix,” FOTA said in a statement. “That would not be possible. Teams are unable to cancel (a) Grand Prix. We race in an international series called the FIA Formula 1 World Championship, and it is therefore for the FIA to offer the teams guidance on these issues.”

Bahrain’s Sunni rulers want to see the race go off as part of their efforts to show the divided country is on the road to recovery. But while much of the country is safe, many Shi’ite villages on the outskirts of the capital Manama are scenes of nightly clashes between security forces in riot gear often using tear gas and stun grenades against rock and fire bomb-throwing protesters.

An explosion on Monday injured at least seven Bahraini police officers, officials said, in the latest report of violence between the two sides.

Protesters haven’t targeted the circuit so far but they have shut down major highways and have used opposition to the race to rally their supporters — incorporating anti-F1 chants into their marches, plastering anti-Formula One posters on walls and criticising Ecclestone and race drivers on social media websites.