Greece’s planned May election could cause impasse 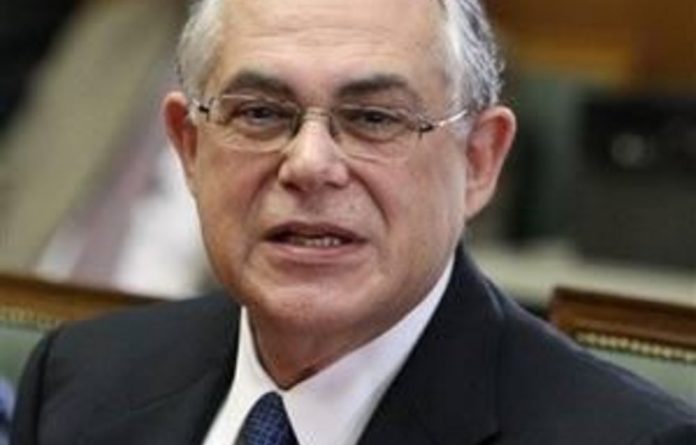 Greece will call a snap election for next month on Wednesday, opening a campaign that may produce no clear result and threaten implementation of the international bailout plan that saved the nation from bankruptcy.

Prime Minister Lucas Papademos told the Cabinet he would ask the president later in the day to set the parliamentary election for May 6, with a view to having a new government formed by May 17, according to a transcript of his comments released to reporters.

Papademos, a former central banker called in last year when a socialist government collapsed, noted that his interim administration had fulfilled its mandate of securing the bailout and a landmark debt restructuring last month.

“The main goals of this government have been achieved,” said Papademos, who is expected to hand power back to an elected party politician when the next government is formed. “Today, the election campaign officially starts.”

The election will be the first since the debt crisis exploded at the end of 2009, dragging the country into its worst recession since World War II, pushing unemployment to record highs and shaking the euro.

The conservative New Democracy and the Socialist PASOK parties — which have backed the Papademos government — have lost public support for endorsing the bailout plan which demands harsh austerity, and may not win enough votes to form a new coalition.

Opinion polls show that small parties which oppose the steep wage and pension cuts imposed by the European Union and IMF in return for aid are gaining ground.

The Papademos cabinet also discussed on Wednesday how to boost the capital of Greece’s cash-strapped banks, a vital condition for the country’s economic recovery.

Coalition?
Party leaders have already unofficially started the campaign, with conservative leader Antonis Samaras, whose party is ahead in all opinion polls, telling supporters over the weekend that he would raise low pensions and create jobs.

Recent opinion polls show his New Democracy party would win between 18% and 25% of the vote, ahead of PASOK’s 11-16% but far behind the socialists’ sweeping 43.9% in the pre-crisis election of October 2009.

Samaras has said repeatedly, however, that he is aiming for an outright majority and has warned that he might trigger a repeat election if he does not get enough votes.

“I am entering the field, just as all big teams do, to win. Not to get a tie, not to lose,” he told Mega TV on Monday. “And if a government cannot be formed … we will have to go again to elections.”

Some surveys cast doubt on whether the only two parties that back the bailout can gather enough votes to renew their coalition, although this is still considered the most likely outcome.

Both New Democracy and PASOK back EU/IMF reforms such as opening up of closed professions, slashing the public sector workforce by a fifth and cutting pensions, but Samaras said he would renegotiate some parts of the plan.

Political risk
Whoever wins the election will have to agree additional spending cuts of 5.5% of GDP — or about €11-billion — for 2013/14 and gather about another €3-billion from better tax collection to keep getting aid, the IMF has said.

The fund has warned that the election is posing a political risk, casting doubt on the implementation of agreed policies.

Parliament approved on Monday a grant of nearly €30-million to fund its cash-strapped political parties, in a vote that split lawmakers and triggered some criticism in the recession-hit country and abroad.

“Don’t you think that when most Greek citizens are facing severe cutbacks, facing unemployment and significant reduction in their income, that the same should also apply to politicians?” Guy Verhofstadt, head of the European Liberal parties, said in a letter to European Commision President Jose Manuel Barroso.

In a move that may appease some frustrated voters, a former defence minister was arrested on money laundering charges on Wednesday.

Television showed images of plainclothes police leading Akis Tsohatzopoulos (72) away from his luxurious neo-classical mansion at the foot of the Athens Acropolis. His purchase of the house prompted an investigation.

Tsohatzopoulos, who has held various portfolios including defence since the 1980s, faces felony charges in relation to property deals and possible tax violations, a court official said on condition of anonymity. He has denied any wrongdoing. — Reuters