Ships set sail in memory of the Titanic 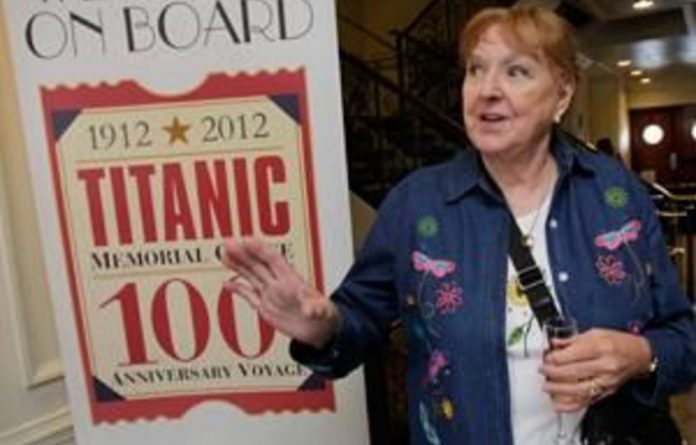 Two cruise ships on opposite sides of the Atlantic have embarked on journeys to visit the spot where the Titanic sank, but one that had departed after a short stop on the Irish coast returned briefly after a passenger became ill.

With the passenger needing to be airlifted for medical care, the European memorial cruise on Tuesday interrupted its trip retracing the path of the Titanic’s doomed maiden voyage 100 years ago.

Meanwhile, on the other side of the ocean, the cruise ship Journey departed a New York pier on Tuesday night.

Both memorial cruise ships were packed with history aficionados, many dressed in period costumes, including a boy in a fake white beard on the New York ship who was dressed up as the captain of the tragic ocean liner. In April 1912, the Titanic left Southampton, England, bound for New York. The vessel struck an iceberg and sank into the watery dark. More than 1 500 crew members and passengers died.

The cruise ship Journey, operated by Azamara Club Cruises, and carrying 440 passengers who boarded the ship at a pier on New York’s West Side, will stop in Halifax, Nova Scotia, where more than 100 Titanic victims are buried. It will then continue on to conduct a memorial service at the spot in the Atlantic where the Titanic sank. Along the way, passengers will listen to lectures about life on board the Titanic and dine at a costume-themed dinner.

“It’s just such a human tragedy that just resonates through the years,” said Carol Owens Campbell (61) of Long Grove, Illinois, who was on board with her husband. “What would any of us do if that happened to us?”

There was a festive atmosphere above deck as passengers sipped champagne and explored the ship, which was not decorated in any way to resemble the Titanic and looked like an ordinary cruise liner.

Across the ocean, the MS Balmoral memorial cruise, operated by Fred Olsen Cruise Lines, began its trip on Sunday from southern England, carrying 1 309 passengers, including relatives of some Titanic passengers who died.

The ship made a brief stop in the Irish town of Cobh on Monday before continuing on its journey to New York. The Balmoral had to interrupt its journey on Tuesday because of the medical emergency on board.

Organisers did not identify the passenger or describe the ailment, but the BBC reported that one of its cameramen, Tim Rex, was airlifted by rescue helicopter “as a medical precaution.”

At least one person on board the Journey had a very personal connection to the tragedy. Sharon Lee Willing, of Tucson, Arizona, bought a ticket to honour her great-grandfather Herbert Chaffee, a farming magnate from North Dakota who perished in the sinking. Family lore has it that Chaffee and his wife were in Europe on their second honeymoon, Willing said.

“I know it’s just going to look like water, but to think of that great ship down there,” Willing said, getting choked up at the thought. “It’s going to be kind of tough, I think.”

Willing’s great-grandmother Carrie Chaffee was placed in the last lifeboat to make it off the ship safely.

After the journey, Campbell and her husband plan to stay at New York’s Jane Hotel, where many crew members and survivors stayed after the sinking. Campbell admitted that she’s just a little nervous about the voyage.

“It’s fairly daunting to go on a ship at this particular time,” she said. “If I see an iceberg, I don’t know what I’ll do.” — Sapa-AP

Violin from Titanic sold for world record price of £900 000

Full steam ahead as Titanic II effort gets under way