All quiet as Syria’s Annan-brokered ceasefire kicks in 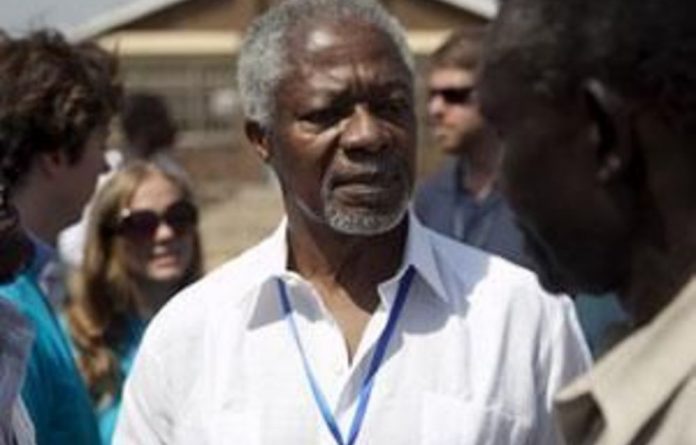 Strife-torn Syria remained calm one hour after the ultimatum for a ceasefire set by UN and Arab League envoy Kofi Annan came into force at 3am GMT, monitors said.

“An hour after the ultimatum expired, the situation is calm in all regions,” said Rami Abdel Rahman, chairperson of the Syrian Human Rights Observatory.

But after breaking a commitment to pull back forces from population centres by Tuesday under the agreement, there were still no signs of a withdrawal by state forces.

The ceasefire is aimed at ending violence that has killed thousands over 13 months.

The Syrian regime, which has carried out bloody repression of protesters, promised it would end its military operations on Thursday morning but warned its forces would reply to any “terrorist” attack, a reference to the rebels who have said they would respect the ultimatum if Damascus did so.

President Bashar al-Assad’s regime, lambasted by much of the international community for failing to live up to its promises, was very much under the limelight after the United States warned it would “judge the Assad regime by what it does, not by what it says”.

Damascus should have withdrawn its troops from contentious urban areas on Tuesday under Annan’s plan, but it did not.

The opposition said there was no sign of compliance on the ground as regime forces pounded protest centres anew in violence that monitors said killed 25 civilians on Wednesday.

The violence has claimed more than 10 000 lives, mostly civilians, since the revolt against Assad broke out on March 15 last year.

US President Barack Obama and German Chancellor Angela Merkel agreed in a telephone call that the UN Security Council, which gave its blessing to Annan’s plan, needed to “take more resolute action” on Syria.