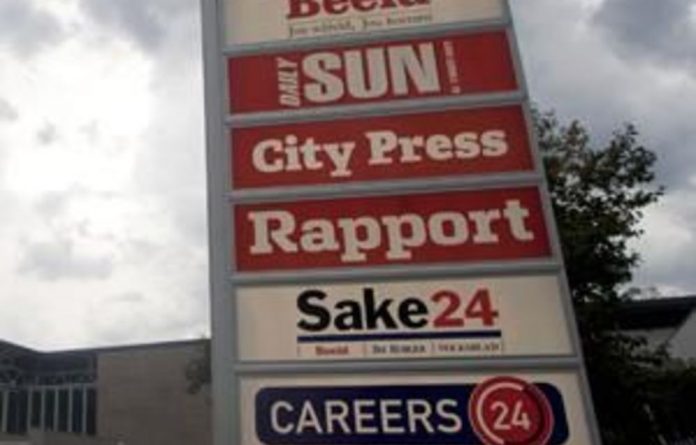 The now concluded Competition Tribunal merger hearing into the acquisition of The Witness in KwaZulu-Natal by Media24 has put the spotlight on some questionable business practices and an alleged cartel in the community newspaper sector.

The allegations include collusion, market division, foreclosure threats by dominant players and a disregard for competition regulation. All these claims were aired again when the Competition Commission, the merging parties and intervening party Caxton made their closing arguments. When stacked up against each other, they do not paint a healthy picture of South Africa’s community newspaper sector.

This week, the parties at the hearing were to submit their arguments regarding the conditions that could be applied to the merger if the tribunal approved it. Once this process has been completed on April 16, the tribunal will have 10 working days to deliver its judgment. The Competition Commission believes the merger can be approved, subject to certain conditions.

The merging parties do not consider that the merger will have any anticompetitive effects or be adverse to the public interest.

But Caxton and CTP Publishers and Printers applied to the tribunal to intervene in the merger hearing, a move to which the merging parties objected unsuccessfully.

The commission’s advocate, Mike van der Nest, had interrogated Caxton non-executive chairperson Paul Jenkins during his appearance before the tribunal weeks earlier over these allegations.

Van der Nest asked whether the Western Cape-Gauteng split was “coincidence” or whether there was an “agreement” that the market was divided in this way.

“Why is it that Caxton is so angry and there is this level of intervention, all this hot air and atmosphere?” Van der Nest asked Jenkins.

Van der Nest argued that Media 24 had breached the alleged agreement between the two parties by purchasing 50% of the then Natal Witness in 2000 and this move to secure the final 50% was “the final straw” for Caxton.

Caxton posited during the closing arguments that Media24 had already begun to implement the merger for which it was seeking approval from the Competition Tribunal.

Caxton accused Media24 of being a “serial prior-implementer” of mergers, providing evidence of Media 24 staff being appointed at The Witness and The Witness staff being employed by Media 24-owned printing company Paarl Coldset.

Caxton’s advocate, Jerome Wilson, also questioned why no senior representatives from the merging parties had testified during the hearings.

Caxton chose to release a press statement and commented again on this matter, stating that “presumably, the prospect of a senior Media24 person being cross-examined as to the motivation and future intent of the acquiring parties was too risky”. The merging parties responded to Caxton’s allegations by arguing that its only interest in this merger hearing was to hamper competition in KwaZulu-Natal and that there was no evidence for any of Caxton’s allegations.

Advocate David Unterhalter, representing the merging parties, argued that, because of these factors, the tribunal had to consider awarding costs against Caxton because of the long, costly process the hearing had become because of its intervention.

At the beginning of the hearing in late March, the dominant concerns raised were the media giant’s ability to foreclose on small community newspapers after a merger.

At the heart of these concerns is the printing business Africa Web, in which both The Witness and Media24 have a shareholding. If the merger is approved without conditions, Media24 will acquire 100% of The Witness and a majority stake in Africa Web.

It was argued that Media24 would have an incentive to raise printing costs for independent publishers that made use of Africa Web, thus forcing them to raise the costs of their advertising. If Media24 lowered its own advertising rates at the same time, it could lead to community newspapers’ exclusion from the market, followed by a rise in rates once they had been eliminated.