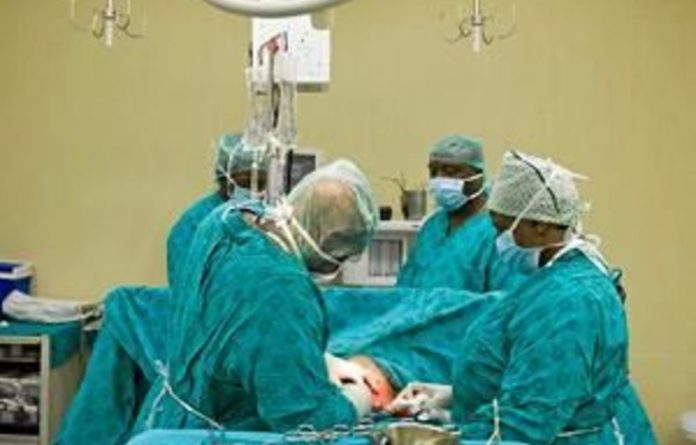 A feud is brewing between the Health Professions Council of South Africa (HPCSA) and the South African Medical Association (Sama).

Sama has taken umbrage at the HPCSA’s campaign calling on members of the public who are unsatisfied with the healthcare they’ve received to lodge complaints with the council. But the HPCSA has stood firm in its decision to run the campaign.

The HPCSA has recently been dealing with two high-profile cases. In one, former apartheid chemical warfare specialist Wouter Basson is fighting to keep his licence to practise medicine; in the other, urologist Marian Tupy is also seeking to keep his licence, which was to be revoked after he entered into a plea bargain agreement in which he was convicted of helping Czech fugitive Radovan Krejcir commit insurance fraud to the tune of R4.5-million.

Speaking at a special press briefing held at the Sama headquarters in Pretoria on Monday, Sama acting chair Dr Mark Sonderup likened the HPCSA’s call for the public to come forward with complaints to that of “ambulance-chasing” lawyers who tout for aggrieved parties to file lawsuits.

Sonderup said that while Sama believes that patients should have the right to complain to the council about poor treatment, the HPC’s campaign was outside its mandate.

“We’re not sure if this is the mandate of the HPCSA,” he said, adding: “Their mandate is to protect the public and to drive the [medical] profession, not to tout for people to complain against doctors,” he said.

Sonderup warned that this might stifle the common-sense approach to medicine which the country currently has and instead encourage the “litigious practice of medicine” whereby doctors fearful of prosecution run reams of tests before treating a patient.

“I think the United States is a prime example of what litigious medicine does to the health system. It drives up costs enormously. Patients have to report genuine grievances, but to encourage willy-nilly reporting is dangerous.”

HPCSA found wanting
Sonderup said the HPCSA had been found wanting when it came to fulfilling its mandate to increase professionalism among the country’s medical practitioners.

“What have they done to increase professionalism among the country’s [medical] practitioners?” he asked.

In March the HPCSA revealed that it had received more than 10 000 complaints against medical practitioners in the last four years; about 250 doctors had been fined, 151 suspended and 18 struck off the roll.

But Sonderup said there had been an “unfortunate misrepresentation of the situation which is nowhere near as dire as what was suggested”.

He said that the suspensions represented about 0.001% of the country’s 200 000 registered doctors. He argued that the rise in the cost of clinical negligence claims in the country was more a result of heightened patient awareness and vigilance than a drop in the quality of care provided by doctors.

HPCSA responds
But the HPCSA has hit back saying Sonderup is ill-informed about the council’s mandate.

Letlape said that conscientising the public of the role the HPCSA plays is a critical part of the organisation’s mandate. “People in the rural areas of our country are not aware of the council and its role, nor their rights and responsibilities as patients, and by educating them, the council is acting on its mandate,” he said.

Letlape said that while the majority of healthcare practitioners in the country provide professional, ethical and high quality service, “rotten apples” had to be weeded out because they brought the total profession into disrepute.

Between February 2011 and 2012, the HPCSA finalised 116 cases. The largest categories of offences included overcharging or charging for services not rendered, insufficient care or mismanagement of patients, and negligence.

The number of complaints lodged over the past year (2 403) was lower than in the preceeding two years but still higher than in 2008/2009.

HPCSA ombud Dr Abdul Barday said the increasing numbers of complaints received by the council indicated a decline in professionalism, and show that the public are becoming more concerned about their rights.

“This decline, especially on matters such as sexual misconduct, over servicing, over charging, fraudulent submission of accounts and charging for services not rendered, is a serious concern for the council,” he said.

Doctor shortage will frustrate NHI
The South African Medical Association has warned that the shortage of doctors in the country is one of the major issues standing in the way of the successful implementation of National Health Insurance (NHI).

Sonderup said that in order to make a turnaround in this respect, the country would have to double the number of doctors it trains each year and at the same time work on retention strategies to ensure that trained doctors do not take their skills overseas.

Sama estimates that there are 26 000 registered medical practitioners in South Africa and roughly 23 000 South African-trained doctors working in Australia, New Zealand, Canada and the US.

According to Ramathuba, the key reasons that doctors gave for leaving the country were low salaries, poor management at hospitals, and crime.