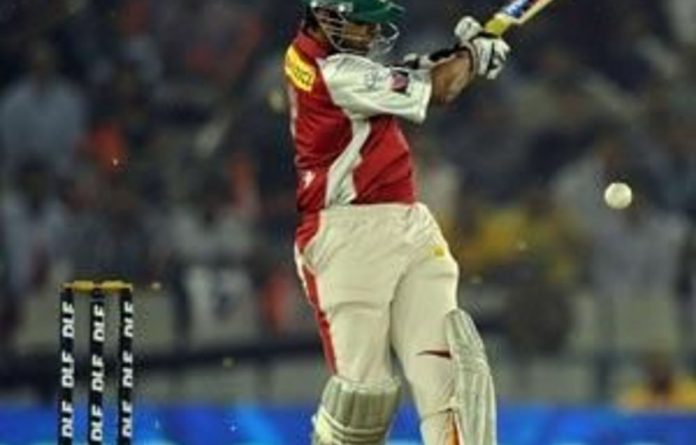 The left-handed opener’s unbeaten 66 helped Kolkata exact revenge for the loss in a low-scoring game three days ago as it coasted to 127-2 in 16.3 overs in reply to Punjab’s 124-7 in the return game at the Punjab Cricket Association Stadium.

Gambhir smashed one six and seven fours off 44 balls and finished the game in the company of South African allrounder Jacques Kallis, who was 30 not out off 23 deliveries.

The Kolkata batsmen completed a clinical show after Brett Lee and Sunil Narine had led a disciplined bowling performance.

Australian speedster Lee grabbed 2-26 and West Indian spinner Narine 2-24 as Punjab was restricted to a moderate total after captain Adam Gilchrist had elected to bat on a sporting pitch.

Gilchrist himself was the highest scorer for the home side with an unbeaten 40, playing his innings in two parts as he retired hurt on 28 after pulling a hamstring while running during the sixth over.

Gilchrist, who came back to bat when Dmitri Mascarenhas was dismissed in the 17th over, struck one six and three fours in his 30-ball knock.

His Australian compatriot, Shaun Marsh, was the second highest scorer in the team score with 33 off 30 balls with four fours.

“My injury took the direction out of our innings,” Gilchrist said. “It is hard to say what was a good score on this wicket but we should have got some more runs.”

It was the third win from six games for Kolkata. Punjab has two wins from five games. — Sapa-AP

The outstanding player had mastered a shot that was tucked away — until it was needed by his team.
Read more
Advertising
Continue to the category
Education