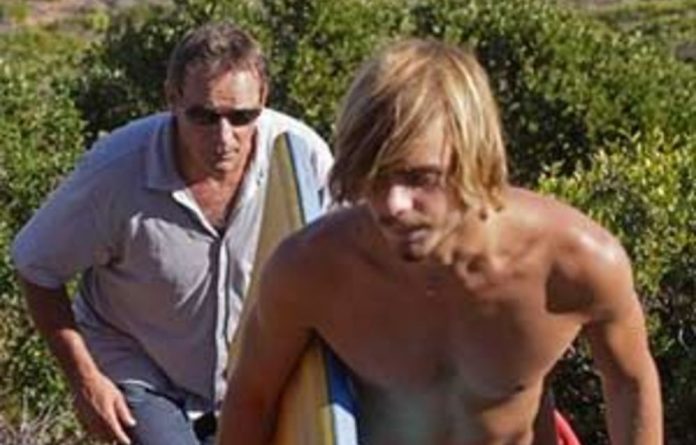 Shark conservationists are demanding answers from government officials who greenlit what they believe to be risky research practices involving great white sharks, after a man was attacked and killed by a shark on Thursday at Kogel Bay, near Cape Town.

The department of water and environmental affairs (DWEA) immediately cancelled the permit, which it had issued to the US-based documentary maker who carried out the research, after it was made aware of the attack.

“I cancelled all the shark research permits for the project 10 minutes ago when I heard about it,” said the director of Biodiversity and Coastal Research, Alan Boyd.

“This incident is a tremendous tragedy and I’m very shocked. No more field work will be proceeding from here on out.”

The project in question, the Sharkmen/Ocearch project, involves both local shark researchers and international scientists who are carrying out research on large sharks in South African waters.

It was rumoured that the filming by television production company Fischer Productions was for a new season of the National Geographic reality series Shark Men.

But according to National Geographic spokesperson Chris Albert this is not the case. Albert told the Mail & Guardian that while the channel is currently airing a series of Shark Men, it has not renewed the series for another season, has no plans to do so at the moment, and is not filming new episodes at this time.

“The filming we understand is taking place in South Africa is not for the National Geographic channel or for future episodes of Shark Men,” he said.

The controversy over the research has been brewing for weeks after local researchers, conservationists and cage diving operators discovered that the department had issued a research permit to the company.

The research involves raising the sharks out of the water on an elevated platform, taking measurements and blood samples, and tagging them. It was believed that the department gave the crew permission to operate in False Bay and to use up to five tonnes of chum to attract sharks to their vessel.

Last week wildlife photographer Dirk Schmidt called for a high shark alert to be issued and maintained during the filming and for several days afterwards.

“Unusual white shark behaviour and an increased presence and possible shark-human interaction or even attacks — cannot be excluded,” he said.

Schmidt argued that prevailing winds and ocean currents might take the chum slick inshore and attract sharks to areas with greater human activity and warned that there was some evidence to show that sharks which had been captured and tagged may become stressed and disorientated, and leave their usual hunting grounds.

On Monday DWEA released a press statement responding to what it called the “misleading and inappropriate statements” issued by individuals who have no mandate to issues shark alerts to the public.

It said that the amount of chum being used had been exaggerated, that it had made every effort to keep the research between 2km and 5km from the shore, and had ensured that a state vet and other observers would be present to monitor the activities.

“These alarmist statements by these individuals are creating unnecessary public concern,” it said.

But the fatality today would seem to validate Schmidt’s concerns.

Lesley Rochat, executive director of AfriOceans Conservation Alliance, said she and others had asked that the filming be postponed until their concerns had been addressed but this call was ignored.

“They [officials] are going to have to answer for this and answer fast,” she added.

Rochat, a shark conservationist, warned that the incident would only serve to increase people’s fears of the ocean and of sharks, which badly need protection.

She said that although the two events could not be definitively linked, there was still a “massive question mark” over the whole affair.

City of Cape Town head of environmental policy and strategy Greg Oelofse told the M&G that although it had not been involved in issuing the permit, the city had an observer onboard the research vessel and could confirm that excessive amounts of chum had not been used.

Oelofse defended the city’s decision not to issue a generalised warning to the public saying that, based on the information they had on the type of activity that would be carried out for the filming, there was no need for it.

“The amount of chum was no more than what is used by the cage diving operators there on an everyday basis,” he said. In addition, the chumming took place days ago and the vessel had left the False Bay area at the beginning of the week, he said.

Oelofse said that it was impossible to say one way or the other whether the research and chumming had lead to the attack but that he believed it was only a “remote possibility”.

He said city officials are trying to track down an amateur video believed to have been taken of the attack as part of their investigation into the incident. In addition, it has asked the research vessel to share its records with the city in order to find out if the shark that carried out the attack was one of the animals that had been tagged.

“If we find that out, we’ll certainly make that information available to everybody,” he said.

The beach at Kogel Bay is a fairly isolated one, which is not used for swimming. It is frequented by surfers and bodyboarders and has a reputation for white shark activity. The beach has been closed since the attack because of the presence of sharks in the area.

The city said there were no plans to close other beaches around the peninsula but that its shark spotter programme was still in effect at swimming beaches including Fish Hoek, Muizenberg and Saint James.