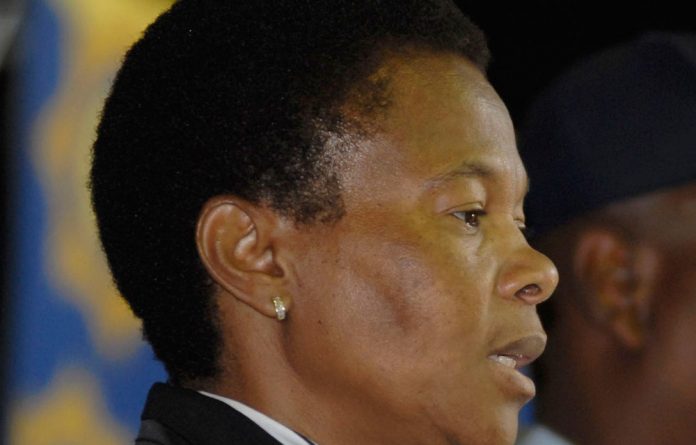 The department of mineral resources promised this week to introduce a streamlined system for public access to information after a report accused it of having a culture of secrecy and hiding vital environmental knowledge.

The report, published by the Centre for Environmental Rights, lambasts the department for consistently contravening the Promotion of Access to Information Act (Paia) and the National Environmental Management Act.

In the report, the centre says it submitted 41 requests to the department between July 2010 and early 2012, mostly for information relating to its cases and clients. “The department’s compliance with Paia was consistently poor,” it says.

“Officials demonstrated both an inability and reluctance to comply with Paia and appeared to be concerned with protecting the proprietary and financial interests of mining companies — to the exclusion of the interests of communities and civil society organisations.”

It says most requests for information were either refused or ignored by the department, and in 14 instances it received only partial information.

“Without exception, the department failed to respond within the legislated 30-day period. Despite this, it never asked for an extension.”

After months of ignored correspondence about mines causing acid mine drainage, the centre reported the matter to the public protector’s office. The centre was subsequently informed it could have access to only some documents but would have to collect and copy them — and would be liable for a R500 000 fine if they were damaged or lost.

“This fine has no basis in Paia and is clearly intended to intimidate the centre into abandoning its requests,” the report states.

Another request concerned a mining company that had abandoned a coal mine without doing any rehabilitation. After many requests for the environmental management programme report were ignored and phone calls not returned, the centre says it eventually had to report an official known as “Mr D”, the responsible person in one of the department’s busiest regional offices, to the public protector.

Department spokesperson Zingaphi Jakuja told the Mail & Guardian it would soon publish an updated manual on the Act that would “introduce a new streamlined system to deal with requests for access to information”.

He denied there was a “culture of secrecy” and said the department dealt largely with information of third parties, such as applicants for prospecting and mining rights.

“The industry is highly competitive and as a result information provided by applicants to the department is often of a commercial and confidential nature and can therefore not be disclosed to other parties.

“Paia affords some protection to prospecting and mining rights applicants in that it provides for the partial disclosure of certain information and for information of a confidential and commercial nature to be excluded from the request.”

The department was concerned about the number of requests processed outside the required timeframes, he said, and this would be addressed in the revised manual.

In the report, Fourie says she was “astonished” by the results of the centre’s research.

“Although there are some unexpected exceptions, most public and private bodies that hold environmental information not only fail to facilitate, but actively avoid giving civil society access to information.”

The report also criticises the department of water and environmental affairs, provincial and municipal departments, parastatals and other public bodies.

“This culture of avoidance, delay and noncompliance with Paia is fundamentally and significantly hampering the realisation of environmental rights as guaranteed in section 24 of the Constitution. Moreover, Paia is increasingly used to exclude civil society from basic feedback on governance and information that should be freely available,” Fourie says.

Both the Petroleum Agency of South Africa and Eskom had denied access to information “of an uncontroversial nature” by using section 44 of the Act, which permits regulators to deny access to opinions, advice or reports used for the formulation of policy.

“The decision of these bodies to refuse the information appears to be a merely technical application of Paia. The decision-makers considered whether such information could be denied [as opposed to whether it should be released] and withheld it without clear reasons,” the report states.

Mthozami Xiphu, the petroleum agency’s chief executive, told the M&G the information requested from the agency had related to records of the task team set up by the minister of mineral resources to investigate fracking.

“Any records in our possession relating to our service in this task team is not a record of the petroleum agency, but a record being analysed or generated for the purpose of advising the minister.”

Eskom spokesperson Hilary Joffe said: “Eskom is committed to ­transparency and, though it does comply with the Paia legislation, it does not decline applications without good reason.

“In the particular cases cited by the Centre for Environmental Rights, one was for information on a colliery of whose existence we were unaware, so we did not have the information which was requested; the other was declined in terms of section 44 of the Paia legislation.”

Gas to power: Who can halt the hot air?