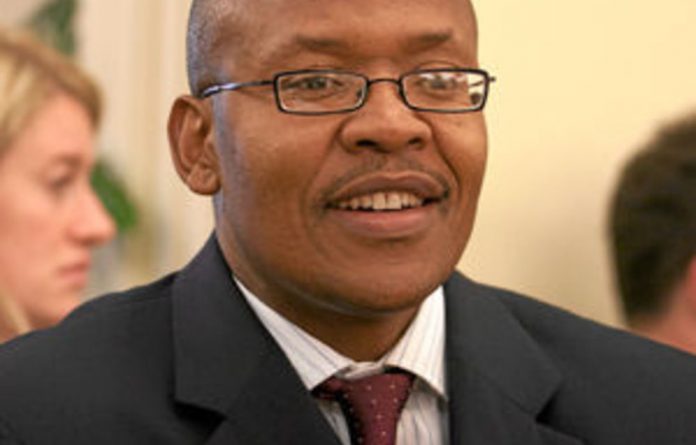 Government spokesperson Jimmy Manyi was baffled by the news this week that he sought control over the state’s advertising because, he said, it was centralised in his office 10 months ago and nobody seemed to have noticed.

“We must be doing lots right, because there hasn’t been a fuss about it at all. There is nothing new in all of this. The advertising of all government departments was centralised under the Government Communication and Information System in June last year,” he said.

The Times reported Manyi as saying at a community media indaba last weekend that the government was adopting a model in which all 34 departments would give their advertising to one centre, the GCIS.

“Once this model has been adopted, the GCIS will then be the one to distribute adverts accordingly,” Manyi reportedly said.

Manyi told the Mail & Guardian he was involved in a countrywide government road show and that the indaba had been convened to introduce members of the GCIS and the Media Development and Diversity Agency (MDDA) to community and small commercial media projects in KwaZulu-Natal to share ideas on how best to support and sustain them.

MDDA chief executive Lumko Mtimde leapt to Manyi’s defence this week in a letter to newspapers, saying the headlines that “Manyi is after control” were a distortion of the facts. But he also took the opportunity to reveal how he supported the centralised media-buying model.

At the indaba, Mtimde wrote, he had updated those in the field on how to secure advertising revenue for the sector through the planned online advertising booking system.

Manyi said the model adopted for centralised media buying was already saving the government a lot of money. “Discounts and cutting out middlemen across government has roughly saved the government an estimated R100-million,” he told the M&G.

He could not give an exact figure for the amount of government advertising spend available under the GCIS, saying the figures were being audited and would be revealed in its accounts.

“All government operations are audited, so there is no activity that escapes internal audit and the scrutiny of the auditor general.”

The usually vigilant Democratic Alliance seems to have missed noticing that government advertising has already been centralised under the GCIS. DA spokesperson Mmusi Maimane said Manyi had informed him this week that the centralisation had been happening for a while.

“He says there is a Cabinet resolution to that effect, but we haven’t seen it. We are looking into it.”

“Manyi told me his objective [in centralising government advertising] was an economy of scale, but I believe it will give the government control over which ministers do what and how they advertise.”

Manyi’s history of “inappropriate behaviour” should raise alarm bells about having the advertising revenue under the control of his office, Maimane added.

“If all advertising resources across government are centralised in Mr Manyi’s hands, it will significantly strengthen his ability to bully those media outlets he perceives not to be sympathetic to his agenda.”

Topping Maimane’s list of concerns about the viability of the centralisation were the oversight mechanisms, rules and regulation that would be used to allow MPs to interrogate spending by the GCIS.

Manyi, meanwhile, has accused the DA of “mischief-making” and said there was value to be derived from centralised media buying and plans had been presented to the legislature on two occasions.

The M&G was sent a copy of the GCIS executive’s strategic plan for 2012 to 2017 to illustrate its consultative process with Parliament.

It reveals that the GCIS wants to be seen as “an efficient and effective production and advertising agency for government”. Included in this objective is bulk media buying.

Manyi said there would be no punitive system implemented with the placement of advertising and the selection of where to advertise would be “normal and objective”.

The GCIS is well equipped to handle the advertising spend, he said, and the combined management experience of the GCIS management committee is “about 300 years”.

“The GCIS is endowed with professionals who know what they are doing,” said Manyi.

Parents concerned about the future of students returning from China