Shark attack not linked to documentary-makers 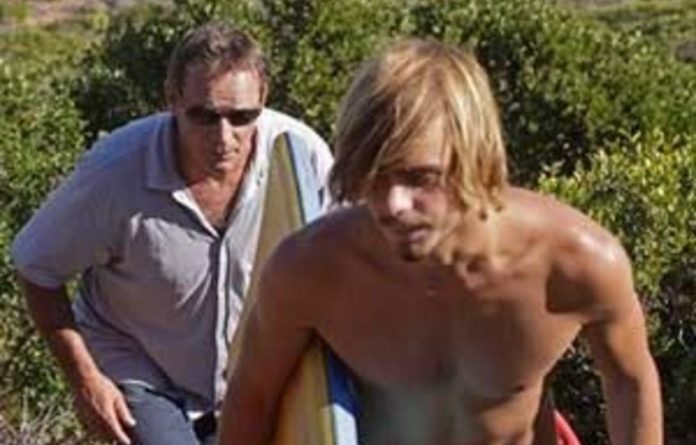 The tagging of False Bay sharks for a documentary could not be linked to an attack on a body boarder, the City of Cape Town said on Friday.

“The lack of satellite signal is clear information that the shark involved in the attack is not one of the sharks tagged by the Ocearch Research Programme,” environmental policy and strategy head Gregg Oelofse said.

“Two of the sharks tagged in False Bay have given off signals and were located in the Macassar/Strandfontein area [about 20km away] shortly before the attack.”

Oelofse said there was therefore no evidence to suggest the tagging of four great white sharks had any role to play in the attack.

The city also defended documentary-maker Chris Fischer’s use of chum [bait], saying the amount was insignificant.

“The Ocearch programme operated in False Bay at Seal Island on Sunday and Monday … Any residual chum from their activities would have dissipated within hours and due to the wind direction, moved from the island in an opposite direction to that of Kogel Bay.”

South African body boarding team member David Lilienfield (20) was at popular surfing area, Caves, in Kogel Bay with his brother around noon on Thursday when a great white shark attacked him.

Tremendous tragedy
The shark made three passes at him and bit his right leg on the third pass. He died in the water from a loss of blood and his body washed up on the shore.

Biodiversity and Coastal Research director Alan Boyd said at the time the attack was a tremendous tragedy and he was very shocked.

“No more field work will be proceeding from here on out,” he said.

Boyd recently granted the permit to Fischer to film great white sharks in the Cape. At the time it caused fears this could attract sharks to populated beaches. Fischer had been in the country for the past month capturing and filming sharks in their natural habitat for the National Geographic documentary Shark Men.

Dirk Schmidt, a wildlife photographer and author of White Sharks, had called for a high shark alert to be issued, saying possible shark-human interaction or even attacks could not be excluded.

Attracting sharks
His concern was that up to five tons of chum (bait) would be used to attract sharks to the boat. He said the chum slick could be blown closer to beaches by on-shore winds.

At the time Boyd issued the permit, he said the chumming would have little effect close to shore, especially as the large amount would be used over a 20-day period all along the southern coast.

The City of Cape Town said that although it had no role in the research programme it was essential to provide the correct information to the public as “linking the two unrelated activities is uninformed and misleading”.

It had interviewed all eyewitnesses and considered their information to be accurate.

An eyewitness reported seeing a pod of 30 dolphins moving through the area before the attack, as well as a number of birds feeding on fish.

This could have been an indication that sharks were following a school of fish.

“Cape Town is a city of 3.5-million people residing along a coastline which forms the natural habitat for [great] white sharks. An unfortunate, tragic and regrettable result of this will be that, on occasion, shark attacks will occur.”

The last shark attack in the area was in July 1999, which was not fatal.

In 2006, the Shark Spotters programme did a trial run at Caves, but this was unsuccessful because the area was difficult to access.

The programme was tasked with reporting back by April 30 on requirements for installing a full-time shark spotting service.

The city was satisfied that all emergency procedures were followed following the attack. — Sapa

The sons of Ismail Bassa have recalled of how they tried to fight off his attacker.
Read more
National

Maimane ‘not concerned’ by drop in DA’s poll numbers

According to preliminary findings by Ipsos, the party is now polling at 20% support, two percentage points lower than what it achieved in 2014
Read more
Advertising