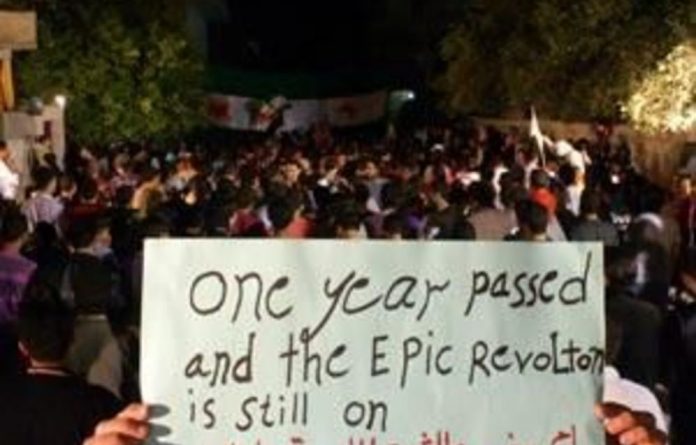 Kofi Annan’s statement that the situation in Syria is bleak is a rare example of undiplomatic bluntness from the man in charge of what many have described as a “mission impossible” — to find a political solution to the bloodiest crisis of the Arab Spring.

The UN special envoy told the Security Council in a closed briefing on Tuesday that the country was still experiencing an unacceptable level of violence despite a ceasefire that has been partial and tenuous from the moment it began on April 12. Sensibly, Annan chose instead to call it a “lull in the fighting”.

Syrian government troops and heavy weapons had not been withdrawn from towns and cities despite pledges that they would be.

And alarmingly, there was evidence that Syrians who had made contact with the currently tiny — 11-strong — advance UN observer team had later been targeted by the authorities. That was “totally unacceptable and reprehensible”.

‘The only game in town’
Annan, who is also representing the Arab League, is choosing his words carefully: his six-point plan is widely described as “the only game in town”, given the apparent resilience of the Assad regime, the lack of appetite for a Libya-style intervention in Syria and fierce Russian and Chinese opposition to pressure on Damascus.

Elements among the divided Syrian opposition have been dubious about the plan from the start, not least because they doubt President Bashar al-Assad’s good faith and do not believe he will ever agree to negotiate his way out of power, as the scheme implies.

But there are also strong suspicions from several outside players, the US in particular that an open-ended process will simply serve the interests of the regime.

Hillary Clinton, the US secretary of state, described the plan as “not a menu of options but a set of obligations”. These include releasing prisoners, and humanitarian and media access as well as a political track.

Annan suggested the obligations have not been met, leaving open the possibility that they might be. But no one has a better idea. “If anyone is going to call time on this mission it will have to be Annan,” said one western diplomat.

Finest hour
The envoy summarised his approach like this: “Under the circumstances, the peace we are trying to build could never be perfect — and we have all been shocked by events in Syria. But if we succeed, the prospects are far better than any promised through war.” It is a very big “if”.

This is not proving to be the UN’s finest hour. Several countries have complained that its department of peacekeeping operations is moving at a snail’s pace to put together the 300-strong monitoring mission that was approved by the Security Council last weekend.

Hervé Ladsous, the under-secretary general for peacekeeping, admitted that the deployment was moving slowly and that by the end of next month only 100 monitors — a tiny number given Syria’s 23 million people — would be in place.

Still, given that the terms of the UN supervision mission require the agreement of the Syrian government, it is impossible to avoid the obstacles it is now predictably throwing up.

The latest is Damascus’s refusal to accept as monitors nationals from the 14 countries that comprise the “Friends of Syria” group — such as the US, UK, France, Saudi Arabia, Turkey and Qatar.

Russians and Chinese are apparently welcome. In parallel to that, Indian journalists are being granted visas; western media organisations find it much harder. It all looks like being a painfully long haul. —