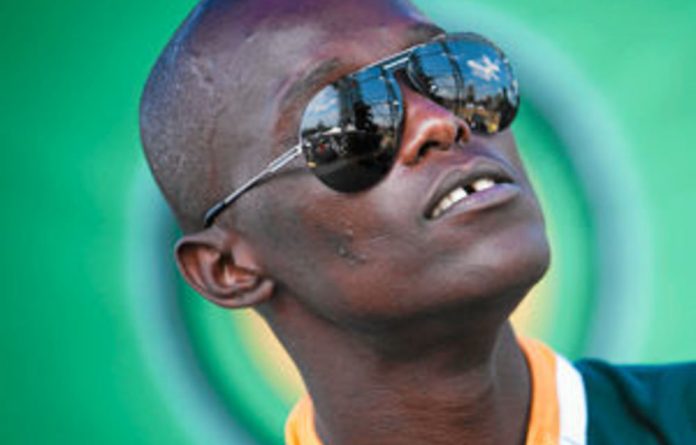 ANC Youth League leaders have questioned the credibility and motives of the party’s national disciplinary committee of appeals, chaired by Cyril Ramaphosa, after its decision to suspend the league’s secretary general, Sindiso Magaqa, despite his withdrawal of his appeal.

Although the decision to uphold Malema’s expulsion was widely expected, the appeal committee’s decision to suspend Magaqa for a year has angered a number of youth league members.

Some have pointed out that this was the clearest indication yet that the disciplinary process was politically motivated.

Youth league structures from different provinces indicated that they would defy the ANC’s decision on Malema, spokesperson Floyd Shivambu and Magaqa.

Magaqa is regarded as Malema’s closest ally in the youth league and as someone who would continue to champion his radical policy proposals and the call for leadership change in the ANC.

During the league’s Limpopo provincial conference last weekend, which Malema was barred from attending, Magaqa made a speech condemning the ANC leadership for the state of the party and for persecuting its youth leaders in a bid to silence them.

Since Malema’s troubles with the ANC started, Magaqa has continued where Malema left off. Malema and Magaqa used to represent the youth league at ANC national executive committee meetings. His suspension has been interpreted by others as a strategy by the party to force the league to appoint an acting president and secretary general who will represent the league within the party’s top structures.

In November last year, the ANC’s national disciplinary committee found Magaqa guilty of bringing the party into disrepute for a statement he distributed on behalf of the youth league in which it said Botswana was a puppet regime and it would send a task team to the country. It also called the youth league’s former president, Public Enterprises Minister Malusi Gigaba, a “government flower”.

He was sentenced to a year’s suspension, suspended for three years, and ordered to make a public apology to Gigaba.

On April 18, Magaqa’s legal representatives submitted a letter to the appeals committee notifying it of his intention to withdraw a previous motion to appeal his sentence. The youth league felt it best that Magaqa did not appeal, because it suspected the party would then lobby for a heavier sentence. The league would then run the risk that two of its leaders would be left out in the cold.

Magaqa accepted his sentence, made a public apology and did not appeal. But Ramaphosa on Tuesday announced that the committee had rejected his withdrawal and his suspended sentence and that he would instead be suspended from the ANC for a period of one year. He will also forfeit his position as secretary general. The decision by the appeal committee was final, said Ramaphosa, even though Magaqa was not given an opportunity to defend his position not to appeal his sanction.

The appeal committee dismissed his withdrawal on the basis that:

Furthermore, Magaqa’s apology was widely reported on the youth league’s website and was sent from the ANC’s email address.

In addition, had the appeal committee requested evidence of the apology, they would have had no problem abiding by the request.

The appeal committee also said that it was of the view that:

“The unilateral withdrawal of the appeal would defeat the achievement of justice and prejudice the respondent because, in the view of the [appeals committee], the intention of the second appellant [Magaqa] in withdrawing the appeal was to frustrate the respondent by precluding it from arguing for a possible increase in the sanction,” said Ramaphosa.

However, the Mail & Guardian has learnt that Magaqa’s legal representatives submitted a letter notifying the ANC prosecution of the withdrawal of the appeal, but the prosecution had not responded and had at no time expressed that it felt prejudiced by the withdrawal.

The last-minute withdrawal constituted an “abuse of process” and sought only to “prejudice” the ANC prosecution. “Finality of this matter and justice will not be achieved by [Magaqa’s] conduct. Consequently, the national disciplinary committee of appeals, in its discretion and in the interest of justice, has decided not to allow the withdrawal of the appeal,” said Ramaphosa.

Despite the setback, the league is planning to approach the party’s national executive committee to review Ramaphosa’s decision.

“Now that they realise that dealing with Malema alone is not resolving their problem, they are going for Magaqa. If people have not seen this by now, I don’t know,” said a senior youth league leader, who was authorised to comment officially.

He said the disciplinary action against Magaqa was similar to that meted out to Shivambu.

“We are shocked that Floyd was given a straight suspension, despite the fact that he was a first offender. Why suspend him for three years while he is a first offender? Floyd is the only one the national disciplinary committee said showed remorse. Why did he not get a suspended sentence?”

The ANC has, until now, always rejected going to the International Monetary Fund, which underscores how bad our economic situation is
Read more
Coronavirus

Construction of an emergency Covid-19 hospital is running months behind deadline, promising to come online only after Gauteng’s peak
Read more
Politics

Trudi Makhaya, the president’s economic adviser, talks to Tshegofatso Mathe about her upbringing, favourite books, Covid-19 and solutions to get our country out of its economic stagnation, family, reading, books, literature
Read more
Politics

Kenny Motsamai, a parolee who is also an EFF MP, could be sent back to jail if correctional services finds he violated his parole conditions
Read more
Advertising
Continue to the category
Politics