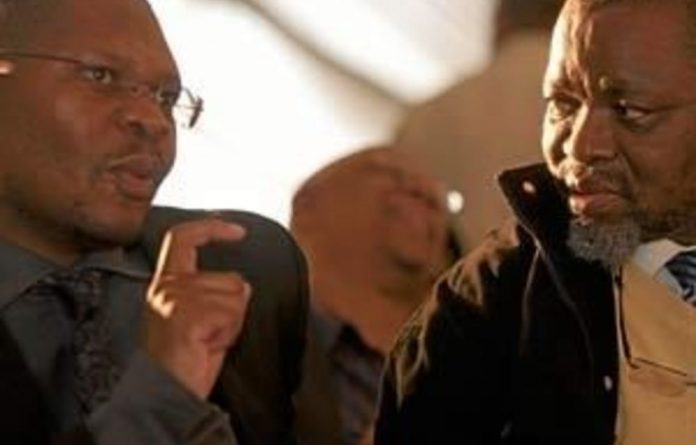 The Press Freedom Commission has recommended a new regulatory regime for newspapers involving more public participation and a hierarchy of increasingly stringent penalties for “journalistic infractions” culminating in space-related and monetary fines.

The commission released its 130-page report on the regulation of the press on Wednesday this week at Constitution Hill in Johannesburg.

Print Media South Africa and the South African National Editors’ Forum, which mandated the research, are expected to accept most of its recommendations.

ANC secretary general Gwede Mantashe said at the launch he was “very comfortable” with the principles outlined by the commission.

The ANC has previously said that consideration should be given to statutory regulation of the press, an option the report rejects.

“We hand the report to PMSA and Sanef and they decide what to implement and when after liaising with the press council,” said commission project director Matata Tsedu.

The report represents the climax of eight months’ research by the commission, comprising nine commissioners from the academic world, the legal profession, labour and the public, among other sectors.

Headed by former Chief Justice Pius Langa, the commission considered about 200 submissions, visited a number of countries, including Tanzania, the United Kingdom and Denmark, and staged public hearings at which political parties made submissions.

A key recommendation is that the newspaper industry moves from self-regulation to “independent co-regulation”, a system of public and press participation featuring a predominantly public membership, but without government representation.

The proposal is intended to make the press more accountable without opening the door to state control.

The commission, therefore, rejects the ANC’s proposal of statutory policing of the industry through a media appeals tribunal established by law.

It recommends that the press council comprises seven members of the public and five representatives of the press.

Members of the public would also be in the majority on the appeals panel.

Another major innovation recommended by the commission is a hierarchy of sanctions depending on the seriousness of the offence, ranging from corrections, retractions, apologies, rejoinders and reprimands to a range of space-related and monetary fines and, finally, expulsion from the press council for “persistent recidivism”.

The report does not specify the size of the monetary fines that should be levied.

“The press council will have to develop a ­hierarchy of fines,” Tsedu said.

The report also makes it clear that monetary fines should be imposed not for editorial mistakes, but for defiance of adjudicatory processes, such as failing to attend a hearing on a complaint after two notices and for making the same mistake repeatedly in defiance of a press council ruling.

“Space fines”, recommended for errors relating to content, would involve the placement of apologies and retractions in space otherwise earmarked for editorial or advertising.

Depending on the seriousness of the transgression, these could range from a few column centimetres to statements taking a full page.

A further recommendation is that more rigorous regulation should be extended to digital publishing, currently overseen by the Digital Media and Marketing Association, which represents more than 70 local online publishers and more than 63 creative, media and digital agencies.

The report complains that the association’s main work “appears to be about growing and sustaining the digital publishing industry as well as creating common interests and strategies among its members. Its core business does not include robust regulation of content.”

The report says transformation of the newspaper industry, encompassing ownership, management, diversity of content, employment equity, skills development, enterprise development and socioeconomic development, did not fall within its mandate.

But because of the large numbers of submissions on this issue, it notes a number of related concerns.

In the context of calls for the “anti-competitive” behaviour of the four big media houses to be probed, it says consideration should be given to developing a charter to meet transformation targets and there should be investment in the skills development of journalists.