McCaw on the bench for Super 15 clash 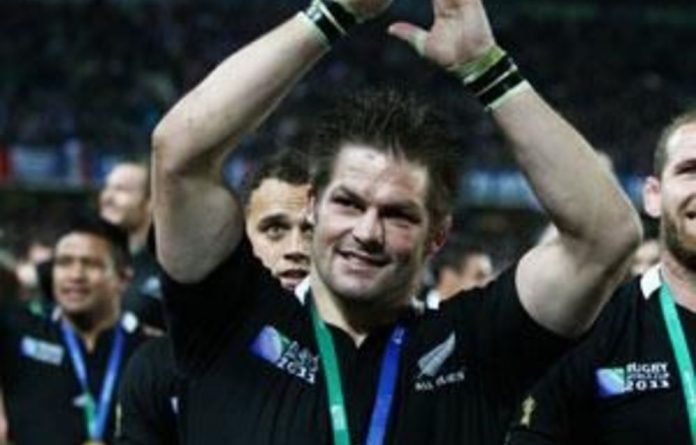 All Blacks captain Richie McCaw is likely to play his first match since the Rugby World Cup final after being included on the bench for Canterbury’s Super 15 encounter against New South Wales on Sunday.

McCaw has been side-lined with a foot injury which required minor surgery since leading New Zealand to an 8-7 win over France in the World Cup final on October 23.

The 31-year-old back rower told New Zealand media this week he had felt ready to return to the field for the past month but had taken a cautious approach to what has become a chronic injury.

“I do not think you will see massive changes in my game this year but I am always trying to get better and there are certain things happening in the game that mean I will have to evolve.”

McCaw is one of several high-profile players returning to Super 15 action this week as teams, some already strained by injuries, head into the second half of the season.

Wallabies winger Digby Ioane is due to return from his five-week suspension for a dangerous tackle in a reversal of fortune for the defending champion Queensland Reds, who play the Auckland Blues to open the 10th round on Friday.

The Reds have an entire backline — seven players including Wallabies flyhalf Quade Cooper — on the side-line with injuries and the return of the game-breaking Ioane comes as a morale boost as they attempt to improve their 4-4 record and to lift themselves above 10th place.

Table-toppers
Lock Andries Bekker will return from injury to become the third captain in as many weeks for the formerly table-topping Stormers, who play the Western Force in Perth on Saturday at the end of a successful tour to New Zealand and Australia.

The Stormers’ regular captain, Springboks centre Jean de Villiers, was forced to return to South Africa after injuring his wrist in his team’s first and only loss of the season to the Canterbury Crusaders.

His replacement, Duane Vermuelen, was injured during last weekend’s 23-13 win over the Reds — the Stormers’ second win from three matches on tour — and has also returned to South Africa along with winger Gio Aplon and centre Nick Koster.

Hooker and captain Andries Strauss returns from injury to the Cheetahs starting line-up for their match against the Otago Highlanders at Bloemfontein.

All Blacks winger Cory Jane has overcome an ankle injury and will take his place in the Wellington Hurricanes’ backline for Saturday’s match against the first-placed Waikato Chiefs.

Jane is one of three players returning to the Hurricanes’ backline for the match at Hamilton, joining scrumhalf TJ Perenara, who has recovered from an ankle injury, and winger Julian Savea, who missed last week’s 42-14 loss to the Crusaders with illness.

Australian conference leaders the ACT Brumbies play the Johannesburg-based Lions in the other match of the 10th round which starts the second half of the 18-match regular season. The Pretoria-based Bulls, Durban-based Sharks and Melbourne Rebels have byes.

The Waratahs have lost fullback Bernard Foley and flanker Chris Alcock to injuries ahead of Sunday’s clash with the Crusaders in Sydney. Foley aggravated a shoulder injury in last weekend’s win over the Rebels while Alcock is recovering from surgery for appendicitis.

Dangerous tackle
Wallabies centre Rob Horne has been suspended for two weeks for a dangerous tackle on Rebels flyhalf Kurtley Beale, adding to the problems of the Waratahs who are already depleted by injuries to Dan Vickerman, Drew Mitchell, Lachie Turner, Damien Fitzpatrick and Pat McCutcheon.

The Cape Town-based Stormers will also have to overcome a long injury list to cap their four-match tour with a win over the Force.

“Despite the injuries, the touring group is in high spirits and is very motivated,” coach Allister Coetzee said. “Our motto for the week is ‘Nothing special has ever been achieved in ideal conditions.’ A win this week will be the difference between a good tour and a great one.”

Ioane said he was desperate to make his comeback and to alleviate some of the injury problems faced by the Reds. His Wallabies teammate, centre Anthony Faingaa, may also be hurried back to face the Blues, who dropped to last place with last weekend’s narrow loss to the Highlanders, their eighth defeat in nine games.

“I’m hungry to get on the field,” Ioane said. “It’s like I just started a full pre-season [but] I doubt there will be any rust.

“We’ve been struggling but I’m just glad to be part of the team again. I’ll just help the backline because it’s very young.”

The Chiefs return from an unbeaten three-match road trip to South Africa and Australia to defend their championship lead against the Hurricanes. The Chiefs beat the Force, Cheetahs and Sharks to extend their winning streak this season to seven matches and to take a two-point lead atop the table over the Stormers and Bulls. — Sapa-AP