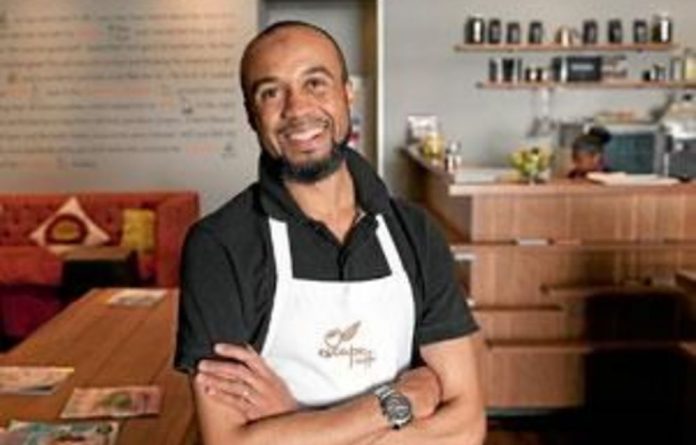 The Nobel Peace Centre in Oslo, Norway, is a pleasant space to visit. But it is not peaceful. It focuses on the many conflicts around the world in urgent need of ­resolution.

There is a children’s centre, a shop and a rather good restaurant where chefs Rune Pal and Terje Ness present fine dining in the evenings and upmarket café food during the day — the quip on the menu cover states “Food first, then morality”.

The service and the food are what you would expect of a place with this profile and, given its central and harbour location, it is reasonably priced. A simple lunch menu covers the bases — fish (try the catch of the day at R225), poultry, pork, beef and salads.

The centre also has a high-tech interactive exhibition where avatar Masika, an eight-year-old African, gives you a tour of a refugee camp in the Congo. You can have your photo taken with a cutout of explorer ­Fridtjof Nansen and get a free black-and-white newspaper printout of it.

The final exhibit is the Nobel Field, a room dimly lit by the ghostly glow of LCD screens like flowers atop their thin tensile stalks, each one dedicated to a Nobel Peace Prize winner.

As a South African, one swells with pride at having Nelson Mandela (who features prominently in the museum literature), FW de Klerk, Desmond Tutu and Albert Luthuli on the list. Only eight countries in the world have four or more peace laureates.
Cape Town has another man linked to the Nobel Peace Prize in its midst — Muhammed Lameen Abdul-Malik.

In 2005, the prize was awarded jointly to the United Nations International Atomic Energy Agency (IAEA) and Mohamed ElBaradei “for their efforts to prevent nuclear energy from being used for military purposes and to ensure that nuclear energy for peaceful purposes is used in the safest possible way”. Abdul-Malik was part of that agency team and so shares the prize.

The award at that time was regarded by many as censuring the United States for its catastrophic invasion of Iraq. ElBaradei and his team had correctly concluded that Saddam Hussein had no weapons of mass destruction.

New roots
It seems unlikely, but Abdul-Malik now owns a hole-in-the-wall coffee shop in Bree Street, the Escape Caffé. The Nobel certificate hangs at the entrance.

Born in Basel, Switzerland, he spent the first 12 years of his life in Lagos, Nigeria, before moving to London. Eventually, he worked for the British government and then, in 2002, joined the IAEA as a programme management officer until 2009, when his seven-year contract expired.

During his time with the UN, he worked in Southern Africa in Namibia, Zambia and Zimbabwe. One forgets that nuclear energy is also used for medical purposes.

He first saw Cape Town in 2002 during an intensive UN conference that allowed no free time. He didn’t get much more than a glimpse of Table Mountain from the aeroplane. It was not to be until a family holiday in 2006 that he fell for the city.

I ask him why he chose the name Escape (the logo is a winged coffee cup). Originally, he explains, it was to be an anagram of sorts — “ESpresso CAPpuccino Eat”.

But it has come to mean an escape to his dream and childhood ambition of being an artist.

Abdul-Malik designed the interior and the eclectic furniture. He finds baking a form of self-expression too. All the cakes he serves have been perfected through trial and error before he teaches the formulas to his kitchen staff. The cheesecake, however, he makes himself, based on the recipe that pleases his wife.

I see the word “cheesecake” and my heart sinks. You seldom find a good one; often they are only good as doorstoppers. But Abdul-Malik’s is lighter than most, using amaretti biscuits for the base and mascarpone and ricotta for the slab. It is all in the timing, he says. “Ten minutes more in the oven and it would be like any other.”

A sign says the croissants are “made in France, sort of” by which he means the flour is imported from France.

On a blackboard the various styles of coffee are listed. There are some lesser-known styles such as caffe cortado, the Spanish version of cappuccino, and the Japanese style Hario V60.

The prices are in two columns for small and large, described here as “I like it” and “I love it”.

No frills
I opt for the potent triple-shot large Americano. The coffee comes from an artisanal roaster in Hermanus. Abdul-Malik then blends it. He says he likes to vary it — one day it could be Ethiopian and Columbian, the next day Brazilian. There are also organic teas and organic juices, including blueberry and lemonade. You might try freshly brewed strawberry iced tea.

For breakfast, I try a no-frills plate of scrambled eggs and salmon, a sliced tomato with some rocket garnish and toasted sourdough bread.
Lunches are served from 11:30am — simple, inexpensive sandwiches and salads.

Before I go, I ask Abdul-Malik what he thinks of the déjà vu surrounding the war drums once again being beaten, this time for Iran. He diplomatically refers me to the IAEA site and its official position.

If South Africa is moving from being a dominant-party system to a more vibrant, multiparty democracy, as these elections indicate, then coalitions are going to have to become the norm
Advertising