May Day protests sweep across Europe 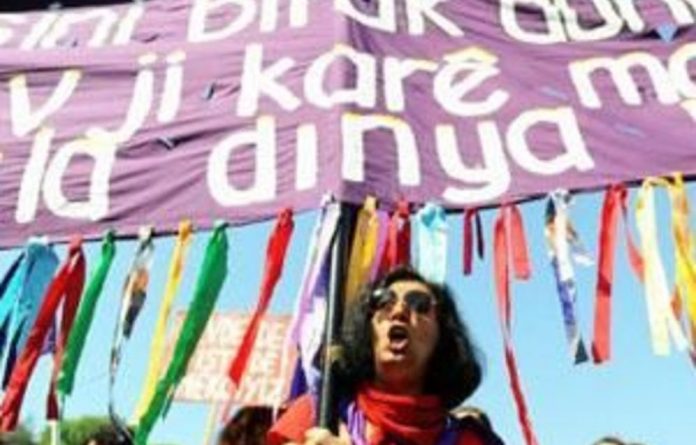 May Day protesters poured into streets across Europe on Tuesday, swept up in a wave of anti-austerity anger that threatens to topple leaders in Paris and Athens.

From the eye of the eurozone debt storm in Madrid to the streets of Paris and crisis-hit Athens, where tottering governments face elections within days, marchers spoke of job losses, spending cuts and hard times.

More than two years after the eurozone sovereign debt crisis erupted, frustration with austerity is boiling over across the continent as voters wait in vain for signs of the economic pay-off.

In Spain, suffering the industrialised world’s highest jobless rate of 24.4% in the first quarter of 2012, the major unions called protests in about 80 cities.

Tens of thousands massed in central Madrid’s Neptuno square, decrying the jobless queue, new labour reforms that make it easier and cheaper to fire workers and a budget squeeze in health care and education.

“Total Violence, You Are Robbing Us of Home and Bread!” said a banner brandished by 51-year-old Josefa Martinez Fernandez, adding that her two daughters in their 20s were out of work.

“The young who had work have been thrown out,” she said.

Cliffhanger elections
Thousands rallied in Athens, Thessaloniki and other cities around Greece, five days ahead of cliffhanger general elections with voters fed up with years of austerity.

“No One Alone, Together We Will Get There!” read a banner draped on a stage in Athens’ central Kotzia square.

Polls indicate that Greeks are fleeing the main parties for smaller groups in revenge over a European Union-IMF economic recovery plan that has brought repeated waves of pay and pension cuts.

The two parties that have ruled Greece for the past 37 years, socialist Pasok and conservative New Democracy, are blamed for catastrophic finances after decades of state overspending and nepotism.

The new Greek government will face an early test when $575-million of debt, held by private creditors who turned down a swap, matures on May 15.

Marine Le Pen’s anti-immigrant far-right National Front kicked off the May Day events with several thousand supporters marching through central Paris in memory of Joan of Arc, who has become a far-right icon.

Abstention
Le Pen, who scored a record 18% in the April 22 first round, led the march and urged supporters to abstain rather than back President Nicolas Sarkozy or Socialist Francois Hollande in the run-off.

Waving a sea of blue, white and red French flags, Le Pen’s supporters chanted “France for the French!” and “This Is Our Home!” as they marched to the Place de l’Opera.

Sarkozy’s right-wing supporters were to gather at the Place du Trocadero in Paris’s posh 16th arrondissement to hear their champion give his last major speech in the capital before the vote.

And, on the left, trade unions were to carry out their traditional march to the historic Place de la Bastille.

With the latest poll predicting a Hollande win on Sunday by 53% to 47%, Sarkozy is anxious to gain some momentum from the rally and said he expected “tens of thousands of French” to take part.

Many people say they hope a win by Hollande could lead to a change in tack in the European Union if he can persuade Germany to balance austerity with a greater focus on growth. — Sapa-AFP

Mayday, Mayday! Our workers are sinking