SA jazz gets a new sound — the harmonica 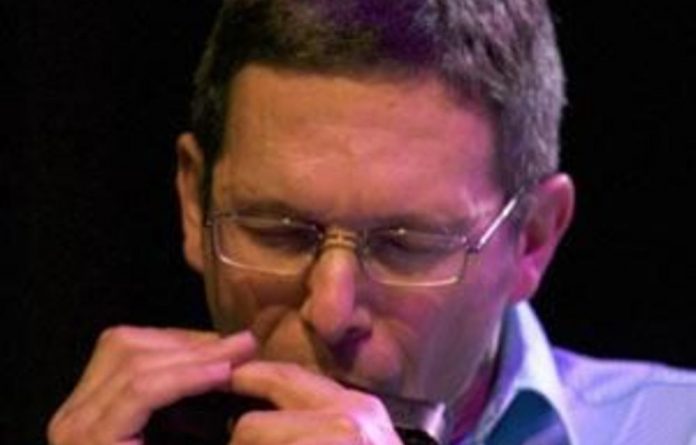 Adam Glasser has forged his career in jazz by re-interpreting classics from South Africa on his chromatic harmonica, a surprisingly challenging instrument he never expected to take up.

“Harmonica can sound dreadful,” said Glasser, who admitted to trepidation at learning to play the tiny instrument first given to him by his father, famed South African composer Stanley Glasser.

“My friends said, ‘Why the hell are you playing harmonica?’, especially before I got some success. They said to ‘put that thing away’,” he told Agence France-Presse.

But the slight 8cm of what once seemed indomitable metal has brought his greatest professional success, including performances with Eurythmics and Sting.

His album Free at First was named the best in South African jazz in 2010 at the local music awards. This year he was nominated for his latest album Mzansi, a slang name for South Africa, that he said is about “my unconditional love for the jazz of my country”.

That album gives his signature sound to classics of South African jazz by saxophonist Dudu Pukwana and pianists Adbullah Ibrahim and Tete Mbambisa.

His instrument of choice is among the least popular in jazz. With 12 tiny holes, it can play 48 tones, similar to black and white piano keys. That makes the chromatic harmonica remarkably flexible, even though it’s still most associated with blues.

Mastering the instruments
Belgian master Jean “Toots” Thielemans pioneered the harmonica in jazz, giving it the same lustre as a saxophone. Glasser is part of a new generation of musicians breathing new life into it.

Born in 1955, raised in Cape Town and Johannesburg, Glasser’s childhood was unlike most during apartheid, as a parade of black musicians passed through his famous father’s living room. He ended up playing with many of them, taking up the piano but eclipsed by his father.

Stanley Glasser was perhaps best known for helping direct the 1950s hit musical King Kong, telling the story of a black boxer to the sounds of South African jazz. He brought the show to London, and helped launch the careers of South African icon Miriam Makeba.

Adam Glasser also headed to London in the 1970s, spending the next two decades in piano bars around Picadilly Circus or in restaurants with diners fond of sappy Italian music.

Learning
“We were backing cabaret artists on the cruise and one of them had a very good harmonica player, and I said, ‘Look, I’ve got an harmonica but it doesn’t work’,” Glasser added.

“I had it from my father who gave it to me for Christmas in 1972, but it was so difficult, so I kept it in a drawer. But the guy took it and blew it perfectly, and said, ‘Don’t worry, you just need to learn this thing’.”

Later that year, Glasser heard Stevie Wonder play the harmonica, and was inspired.

“When I heard Stevie Wonder, I said, ‘Jesus, that instrument can do. I love that sound’,” he said.

In London he spent 16 years as the pianist for the vocal group Manhattan Brothers, collaborating on the 2006 album Inyembezi.

But it was only after he finally mastered the harmonica’s slide that the honours started pouring in, most recently with a spot at the Cape Town Jazz Festival.

His magnificent solos run from jazz ballads to the furious sounds of township saxophones — music that has become a connection to his roots.

On the eve of a recent Cape Town concert, he led a music workshop for children in the sprawling township of Gugulethu, where he interpreted the classic apartheid prison hymn Bahleli Bonke on his harmonica.