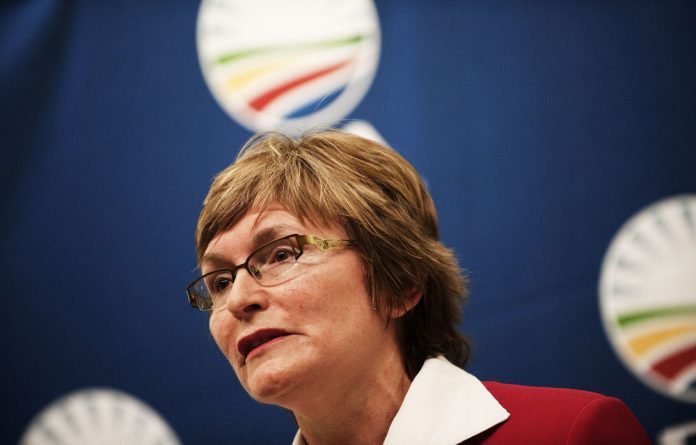 Ahead of what is likely to be the Democratic Alliance’s most-scrutinised federal congress in November, there will be much postulating about the strategic direction of the party (as in, for instance, Eusebius McKaiser’s piece in the Mail & Guardian last week, ‘More hugs, less Zille, will help DA to grow”). Helen Zille’s Twitter communication, especially, is an easy target. But evidence and not unquantified public outrage must inform how we, as drivers of voters’ behaviour, evaluate events.

There is no evidence that suggests Zille has done damage to her brand or that of the party. And it is the existing brand, not the brand of conjecture, that should inform discussions on the leadership of the party.

Some parts of the DA’s brand need more work to become believable to a larger number of South Africans, but there is no doubt that it has an increasingly credible brand as a diverse party that delivers on its campaign promises. The DA’s increasingly believable offer of a party that cares for all South Africans is in no small part owed to Zille’s steadfast commitment to achieving diversity in the party.

One of the DA’s significant achievements is remaining intact as a party. It has not, by and large, become marred by the internal factionalism that has come to characterise the ANC and the Congress of the People. The DA’s success at holding the party together through organisational change and rapid expansion is not accidental. It is the result of strong and consultative leadership.

McKaiser’s article traversed the entirely incorrect as well as the painfully obvious. One of his incorrect statements is that Zille ‘forced the old white men of politics to take a back seat while she reached out to younger voters such as students”. This is thumb-sucking conjecture masquerading as fact. The DA’s efforts to attract young voters and to ‘grow its own timber” through programmes such as Young Leaders and the relaunch of the DA Youth, have as their biggest advocates white men in the party — some of them stalwarts.

The point is that Zille is the leader of a party with a vision formulated and negotiated through its decision-making structures, not one bulldozed through by individual fiat.

As is natural in any organisation, there will be differing ideas on how to take the party forward — and ideas will be put forward by anyone from an opinionated youth member to a public representative or a long-serving party member.

The maturity displayed in defeat by those who lose an argument or an election campaign in the party is both a credit to its individual members and also, in part, symptomatic of the belief that ultimately it is in good hands.

For those of us without a public profile, the social media provide a secure space that abides by our rules, because for the most part our followers or friends are people who like us. Essayist, novelist and social media critic Jonathan Franzen articulates this point with charming brevity: ‘We like the mirror and the mirror likes us.”

For the public figure, however, especially the politician, the social media platform is potentially a never-ending interview with thousands of would-be Deborah Pattas — relentless and confrontational. And yet the lack of a social media strategy is a public relations land mine. The DA is learning this the hard way. But it is irrational to lose confidence in a leader when future communication can be strategised and handled differently; it is also deeply illegitimate when the fear is unsupported by evidence of declining voter support.

On the contrary, the DA’s offer to voters is as credible as ever with Zille at the helm, as by-electoral victories in the aftermath of her controversial ‘refugee” comment prove.

The ANC in Grabouw alleges that more than 100 coloured members moved from the DA to sign up with the ANC after Zille made the ‘refugee” comment. According to Catherine Nefdt, a former DA councillor who crossed the floor to the ANC, Zille ‘really did damage to her own party”.

But the party’s electoral victory in Grabouw last month, despite an intense counter campaign by the ANC, discredits these claims. Further evidence of the negligible impact of ‘public” outrage on voter behaviour is shown by the DA’s electoral triumph last month in ward 45, Manenberg-Gugulethu.

Again the DA won the ward despite ANC stalwart Lindiwe Sisulu’s attempt to add fuel to the fire by denouncing the ‘refugee” comment and telling residents that they should not have to be called refugees in their own country. The DA increased its majority from 47.7% in 2011 to 59.36% in last month’s by-election.

There is a widespread and credible narrative of Zille as an anti-apartheid activist and a promoter of diversity in the DA. Her efforts to converse in isiXhosa and to dance and celebrate with her supporters convinces many that she takes genuine interest in their lives and is willing to be moved out of her comfort zone. To the average South African her brand is not that of ‘white madam”.

And, although the DA and Zille may be well advised to tweak their political communication, it will take a lot more to refashion a brand for Zille as out of touch and racist.

A party such as the DA, which has enjoyed sustained and significant growth in four consecutive elections (2004, 2006, 2009 and 2011), can easily become addicted to the high.

Everybody loves to win and a large part of the DA’s appeal, especially for the youth, has to do with its victories, as well as its momentum in comparison with the ANC’s endless internal battles and lethargy when it comes to progress.

At the same time, the DA’s continued momentum is not inevitable. It can just as easily be slowed down by factors that have slowed other parties down — including factionalism.

Two years away from a national election is not the time to depart from experienced leadership and a vote-winning brand.

The DA is building a credible brand and making inroads into nontraditional voter bases. There is no need for frantic changes.

Amanda Gwen Ngwenya is a member of the DA Youth

We should learn from history that prohibitions tend not to work, even if the intention is good
Read more
Advertising
Continue to the category
Business