Letters to the Editor: 3 May 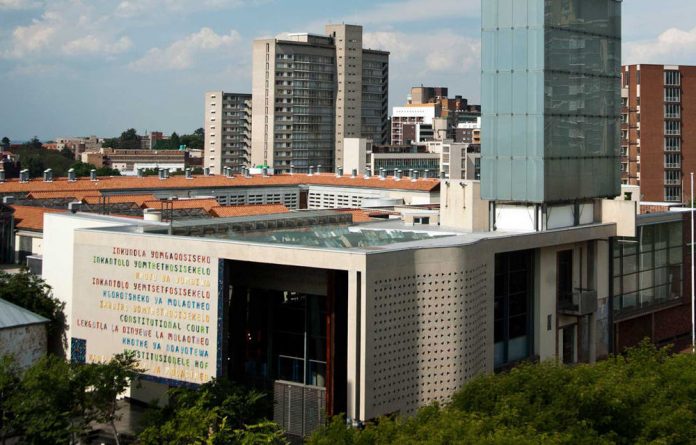 Hlophe’s resignation would solve legal conundrum once and for all
Serjeant at the Bar (“Hlophe saga must be resolved for the sake of our legal system”, April 26) does not suggest a way out of the putative conundrum facing the chief justice as he grapples with deciding what to do next in the long-running matter concerning the fitness for office of Western Cape Judge President John Hlophe. He also does not mention that there are substantive new charges, pressed by Freedom Under Law, pending against the embattled section 174(2) appointee. They arise from the intemperate manner in which Hlophe dealt with the complaints against him concerning his alleged attempt to influence judges of the Constitutional Court in 2008.

If the chief justice considers himself too compromised by the “failed mediator” role he played earlier in the saga, a plan has to be made to get a substitute, who is not compromised or a party to the dispute, to deliberate on the validity and seriousness of the complaint as a precursor to the procedural steps that must surely follow. If the chief justice feels he can handle any possible conflict between his legislated role and that of mediator, he can make the call himself — not a difficult one in the light of the utterances of Judge Piet Streicher in the Supreme Court of Appeal judgment in the Freedom Under Law appeal.

If not, a substitute — probably Lex Mpati, the president of the appeal court, or possibly a senior member of the Constitutional Court who is not directly involved in the fracas — should be asked to do the necessary. It is unlikely that, if asked, the parties will have any well-founded objection to the chief justice attending to the preliminary formalities himself. Whether they will be asked remains to be seen.

Either way, the alacrity with which the next step is taken will measure the political will available from within the Judicial Service Commission to deal with the Hlophe case once and for all. It has dragged on more than long enough and has done untold harm to the administration of justice, the reputation of the Bench and the confidence of the public in our court system.

An alternative solution would be for Hlophe to hang up his gown, an option he ought to have considered favourably years ago rather than endure “the intolerable pressure of this complaint bearing down on him”, as Serjeant puts it.

There is a richly apposite metaphor in his most recent reported brush with the law. He was found guilty of driving a bakkie overloaded with rubble. — Paul Hoffman, SC, director, Institute for Accountability in Southern Africa

‘Denialist’ label just as deadly
In “Making sense of the indefensible” (April 5), Hein Marais attempted to show that former president Thabo Mbeki and his inner circle mishandled the Aids epidemic. He writes: “Together, they are said to have devised and enforced an irrational and deadly set of positions that, according to one study, led to about 330?000 avoidable deaths.”

How “irrational and deadly” is the position of the so-called Aids denialists? One study stated: “It has been estimated that one in 40 Africans will die of Aids and that Aids will account for 500 000 deaths a year by 2 000. But in recent years, some Aids researchers have come forward to question not only the validity of those projections, but the very notion that Aids is a pandemic in Africa.”

The Channel 4 documentary Aids in Africa quoted Dr Harvey Bialy as saying that there was “absolutely no believable evidence of immunodeficiency disease in Africa”. Professor Gordon Stewart, the only researcher to accurately predict Aids statistics in Britain, found no evidence of an Aids epidemic in Africa and believes statements of doom should be avoided.

Their reasoning is that no one in sub-Saharan Africa receives a blood test for Aids, so diagnoses of the disease and thus statistics of rates of infection are based purely on patients’ symptoms. Those with the three main symptoms of Aids, as stated in international guidelines (a persistent fever, diarrhoea and a dry cough for a month or more) are classified as Aids cases. Yet these symptoms are indistinguishable from those of malaria and tuberculosis. Thus, many cases of malaria and TB are incorrectly classified as Aids.

It has been reported that Aids in Africa, Europe and the United States has not spread to the general population; it continues to be concentrated in high-risk groups. Dr Charles Thomas, a former Harvard professor, said proponents of the HIV-Aids connection had yet to offer any “genuine scientific proof” that the virus caused Aids: “Any time scientists propose that a micro-organism causes a disease, it is incumbent upon them to come up with proof that it does. So far, they have failed.”

Immunologist and microbiologist Dr Roger Cunningham said certain rules of science had to be followed if any agent was to be considered a causative factor in the disease. The first was that you had be able to isolate the agent in each and every case of disease. That was not true of HIV and Aids. The second step, according to Cunningham, was that you had to be able to transmit the agent causing the infectious disease to another animal and have the disease develop in that animal. To the best of his knowledge, that had never been done with HIV. The final step was to remove the agent from the infected animal, put it into another animal and transmit the disease in this fashion. This had not occurred.

The late Dr Arthur Gottlieb, who chaired the microbiology and immunology department at Tulane University in New Orleans, agreed that too little was known about HIV to conclude that it caused Aids on its own. He said it was a highly complex disease. Though a lot was known about the HI virus — it is probably the most extensively studied virus ever — we still knew relatively little about how it caused disease.

He said the view was so firm that HIV was the only cause of Aids and would result in disease in every patient that anyone who challenged it was regarded as “politically incorrect” — in other words, a denialist.

He believed we did not gain anything by limiting the debate. The focus was now on drug development to attack the virus, rather than attempting to correct the disorder of the immune system central to the disease.

The late professor Richard Strohman, a biologist for 35 years and professor emeritus of cell biology at the University of California at Berkeley, believed HIV might be completely unrelated to Aids, but that we had no way of knowing this because scientists would not even entertain the possibility that their HIV theory was incorrect. — Sam Ditshego, senior researcher, Pan-Africanist Research Institute

Letters to the editor: April 26 to May 2