Shareholders lose out as Anglo delays on dividend 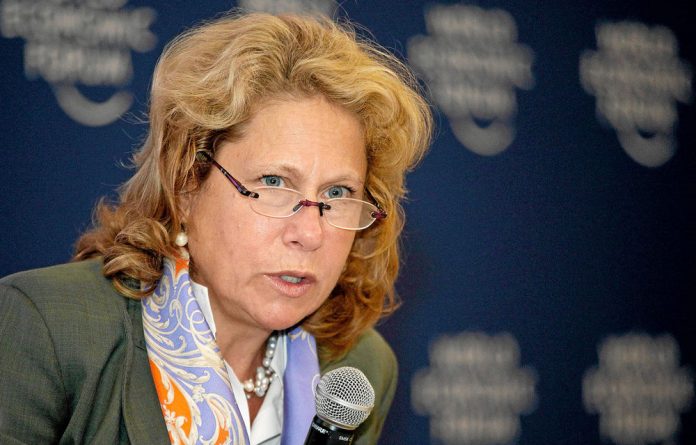 Anglo American chief executive Cynthia Carroll and her top lieutenants seem to have dropped the ball in persuading the company’s board to approve their last dividend before March 30, costing shareholders losses of about R500-million.

Carroll and the board missed a window of opportunity to return more cash to shareholders under the secondary tax on companies’ regime &nmdash; one that was spotted by some companies, including Sasol.

From April 1, a dividend-withholding tax of 15% replaced the secondary tax on companies of 10%, prompting warnings from tax experts that shareholders would be out of pocket.

Sasol saw the gap and issued dividends on March 12. Anglo, however, withheld a dividend tax for the dividend it declared on February 17 and last trade on March 23, but only paid out on April 26.

In an announcement to the JSE on April 12, Anglo said: “A dividend tax will be withheld from the amount of the gross final dividend of R3.5998 per ordinary share paid … at the rate of 15% unless a shareholder qualifies for an exemption.”

Making a swap
It added that, after the tax had been withheld, the net dividend would be R3 0598300 an ordinary share. Anglo American had a total of more than 1 327-billion ordinary shares in issue at the dividend record date of March 30.

Shareholders were given the choice of taking the hit on a dividend tax or swapping their dividend for more shares. If they wanted to make a swap, a 1% fee would be levied. The swap, however, needed to happen by April 3, but the April 12 statement containing this notice was already nine days past the deadline.

Simon Brown, a trader and founder of Just One Lap, said some shareholders had called him to express their displeasure at Anglo not seizing the opportunity to return more to investors. “Although the difference between the 15% tax that shareholders now have to pay on the dividend compared to the 10% the company would have paid on [it] before April 1 is relatively small, the matter was poorly communicated to investors and it seemed an oversight on the part of Carroll and her team.”

South African Revenue Service spokesperson Adrian Lackay said the first dividend tax payments would be due at the end of May. In the next round of declarations, companies and regulated intermediaries would have to indicate exactly who the recipients of dividends were to allow the revenue service to compare the declarations with the shareholders’ income tax returns.

Anglo told the Mail & Guardian that it was “impractical” to move the dates of its annual general meeting as “our financial and reporting calendar is clearly set out and shareholders have to have 20 working days’ notice of an AGM and only then can the vote be taken to approve the dividend”.

Dividend-withholding tax in a nutshell
On April 1 the dividend-withholding tax of 15% replaced the secondary tax on companies of 10%. The liability for tax on dividends has now shifted to the investor instead of the company. The new tax is deducted from the dividends received, rather than paid by the company on top of dividends, fuelling the argument that the rate increase is slightly higher than 5%.

For equities investors, the change in tax will reduce dividend income by a total of 6.5%, affecting those relying on dividend payments. As its name suggests, the dividend-withholding tax only affects the dividend portion of an investor’s overall return, according to Johann Grandia, business development manager at Allan Gray.

South African resident companies, all spheres of government, public benefit organisations and pension and provident funds are exempt from this tax. There are also automatic exemptions, such as with the dividends paid to a group company and exemptions that have to be applied for.

Individuals would benefit if they are invested in a retirement annuity, living annuity or preservation fund, because retirement fund investors do not pay any tax on returns and the shift to investor liability for tax on dividends effectively removes this tax for these investors, said Grandia. &nmdash;