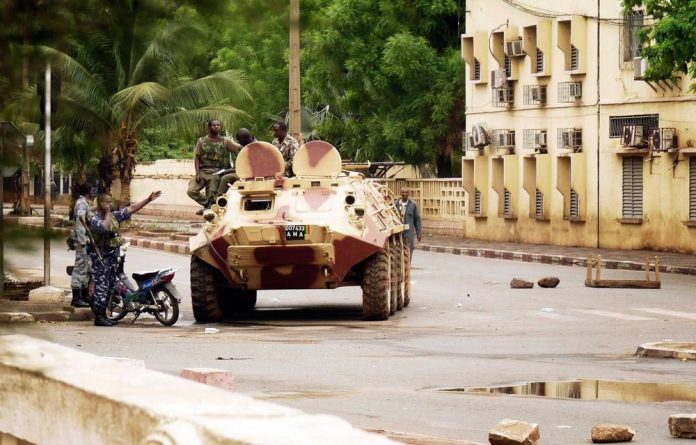 The diplomatic efforts by the west African bloc Ecowas to convince the leaders of the March coup to accept Traore’s 12-month transition have been “put seriously in danger by these latest developments [and] maybe other options will now have to be considered,” France’s UN ambassador Gerard Araud told reporters in Abidjan.

“It seems to us that the diplomatic efforts … I am not going to say that they have failed but in any case they have been put seriously in danger by these latest developments,” Araud said.

He added that “maybe other options will now have to be considered”.

He spoke after the UN delegation, which will be in Côte d’Ivoire until Wednesday, met with ministers from the Ecowas West African bloc.

The foreign minister of Côte d’Ivoire, which currently holds the Ecowas presidency said that the bloc “cannot support this attitude,” referring to the attack on Traore.

“We cannot continue like this,” he said, promising that “measures” will be announced shortly.

A Western diplomatic source said that Ecowas was mulling deploying a regional military force in Mali to assure the transition.

Mali’s interim president, Traore was beaten and hospitalised on Monday after hundreds of protesters stormed his palace to demand his resignation.

A spokesperson for the soldiers behind a March 22 coup said Traore’s close-protection officers had killed three people in the attack, in which protesters entered parts of the palace compound unopposed and tore up pictures of Traore.

Mali is struggling to cope with the aftermath of the coup and a subsequent rebellion in its desert north. Sanogo agreed at the weekend to drop objections to Traore remaining in charge but crowds took to the streets on Monday calling for him to quit.

Resolving the political crisis in the capital Bamako is a pre-requisite for foreign help in efforts to retake control of the north, now in the hands of separatist and Islamist rebels, including some al-Qaeda fighters.

“He [Traore] has just been rushed to hospital … They beat him seriously and tore his clothes,” Bakary Mariko, spokesperson for the CNRDRE body of soldiers who last month agreed to allow a transition back to civilian rule, said by telephone.

Sekou Sidibe, a witness, said that Traore had received injuries to the face and had been escorted to hospital by the country’s interim prime minister and his bodyguards.

Soldiers at the palace stood by as the civilians entered buildings on the compound while others clambered over armoured vehicles parked nearby. Some protesters parked their motorbikes and bicycles in rooms in the palace.

“This is a spontaneous crowd. There were three dead and some injured by gunshot amongst the demonstrators. Dioncounda’s security shot at people,” Mariko said.

By mid-afternoon, the protesters had left, he said. – Sapa-AFP