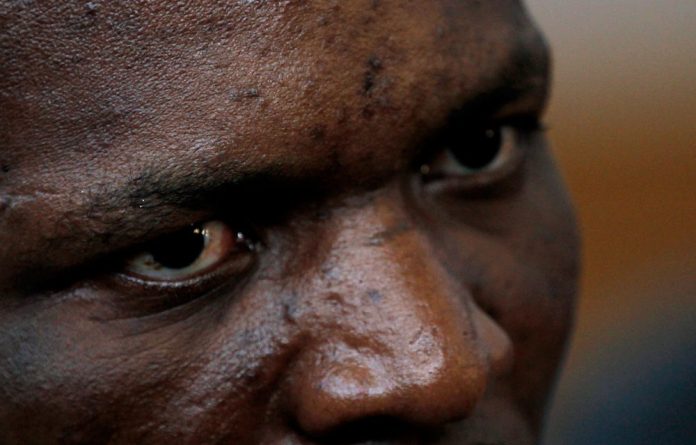 In the end it was just another farm murder, a cruel, vicious and brutal crime. No matter that the victim happened to be Eugene Terre’Blanche, the man with the mesmerising eyes, overwhelming charisma and storied history as South Africa’s number one right-winger.

“There was simply no conspiracy, there was no political intrigue, no racial undertones and no hidden agendas,” said Judge John Horn in his judgement in Ventersdorp on Tuesday.

He found farmworker Chris Mahlangu guilty of the 2010 murder of Terre’Blanche. “There is no evidence that the deceased was killed because of his political affiliation or his alleged dislike of black people.”

That came as something of a disappointment to a great many people. Some of those who had followed the Terre’Blanche trial, even as the influence of his Afrikaner Weerstandsbeweging (AWB) waned, had hoped for a conspiracy that would show he had been feared by a black government.

Some members of his family, too, had hoped there would be a political angle – anything that would make his death less senseless. And when strange stories of semen on the corpse, sodomy, mistreatment and routine assault began to emerge, many who had hated Terre’Blanche for his racism and belief in Afrikaner manifest destiny had looked forward to seeing him humiliated in death.

The picture painted by the court this week had none of those elements. It showed, instead, a worker who may have had an argument with his boss about money, then later snuck into his house and killed him before he could lift a hand in his own defence.

The only thing that set the crime apart – though not from other farm murders – was the savage beating of the victim long after he was mortally wounded, to the extent of leaving his bedroom splattered with blood.

And then the perpetrator left. The evidence shows he may have been somewhat overwhelmed by what he had just done and suffered a mixture of headiness and fear. That is most likely why he “declared his involvement in the killing of the deceased to anyone who cared listen,” as Horn puts it. Not the belief that he would be lionised for having committed a political crime, as the whispers at the time had it.

‘Spurious’
The accusations of assault and sodomy? “Plainly spurious” and “false”, the court found, the kind of claim made up on the spot by an accused facing an unanswerable case. The famous semen-like substance that may or may not have been on the body? Perhaps a case of post-mortem ejaculation, not an uncommon phenomenon, or perhaps nothing at all. Claims that the police had fiddled with the evidence, for some dark reason? “Absurd”.

Much as we would like to look for meaning and complexity in death, especially the death of someone who once had a high profile, there was none to be found.

Except, perhaps, in the story of the teenager who was Mahlangu’s fellow worker and a partner in a much lesser crime. There you will find room for interpretation and blame.

Just short of this sixteenth birthday at the time, the state had contended the now 18-year-old had had common cause with Mahlangu, which would essentially make him equally guilty of murder even if he hadn’t struck a single blow himself. Indeed, there was no physical or forensic evidence that he took part and evidence strongly suggesting, to the contrary, that he wasn’t in the room when Terre’Blance was beaten to death.

“It would not be far-fetched to suggest that he merely followed the whims of [Mahlangu],” said Horn, before declaring reasonable doubt about the guilt of the teenager and finding him not guilty of murder.

That has infuriated Terre’Blanche’s family, who during the trial heard evidence of how the teenager had phoned the police to admit to the crime and had voluntarily admitted his involvement in the murder. The family believe shoddy police work has seen a clear miscarriage of justice.

But there is another interpretation, one in which a boy, tired, alone and wearing only his underwear after his clothes were confiscated, made statements that weren’t true.

“He must have been exhausted and afraid. He was shunted from pillar to post … He was given no opportunity to rest. This is not the way to deal with a young child accused of such a serious crime,” said Horn, as the basis for rejecting crucial evidence to the teenager’s guilt.

Then, thanks to the slow-turning wheels of justice, he became famous. On Tuesday, based on the fact that he had recently turned 18, the youth was publicly identified, stripping him of the anonymity granted to even guilty minors. Although he was found guilty of only housebreaking and will soon be free, being so identified will irrevocably change his life.

So perhaps there is more to the death of Eugene Terre’Blanche than just a senseless crime. There is a teenager who has either got away with murder or has been chewed and spit out by the criminal justice system. It just so happens that it has nothing to do with Terre’Blanche or his legacy.