No suspects in Nigerian church killings 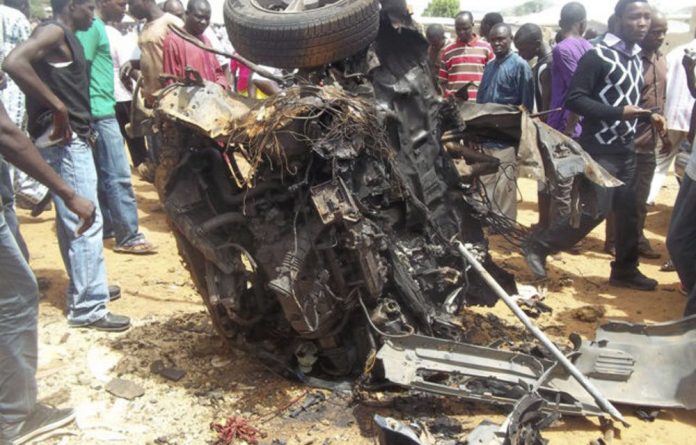 A suicide bomber has driven a car full of explosives into a church in northern Nigeria, killing 12 people in the latest deadly attack on Christians.

Security forces at a road block nearby said the bomber forced his car through the checkpoint and drove into the church in Yelwa, on the outskirts of the city of Bauchi, on Sunday.

A Reuters reporter at the scene counted 12 bodies being pulled from the building.

“I had just left after the morning service and was out of the church when I heard a loud explosion. I rushed back and there were dozens of people lying in pools of blood,” said Aliku Jon, a mechanic, adding that at least six people died instantly.

“Many were injured including two police officers.”

It was not clear who was responsible for the attack, although churches have been targeted this year by militant Islamist group Boko Haram – which has increasingly used suicide bombers.

“I was just in the area when I heard a huge blast. The sound was so loud, my ears are still ringing,” said Samuel Etudu, who was outside the church when the explosion happened.

Boko Haram, which says it is fighting to reinstate an ancient Islamic caliphate in northern Nigeria that would impose stricter sharia law, has been blamed for hundreds of killings in bomb or gun attacks over the past two years.

It has become the number one security threat in Nigeria, Africa’s top oil producer, and has linked up with other Islamist groups in the region such as al Qaeda’s north African wing. However its sphere of influence is far from oil-producing facilities in the south of the country.

The sect had been less active in recent weeks, as a security crackdown in the north led to the deaths and arrests of several commanders.

Gunmen killed at least 15 people and wounded many more on April 29 in an attack on a university theatre being used by Christian worshippers in Kano, northern Nigeria’s biggest city.

Such attacks on Christians seem aimed at igniting sectarian strife in a country of 160 million split about evenly between Muslims and Christians.

The US Justice Department is pressing the US State Department to label Boko Haram a “foreign terrorist organization”, a move the Nigerian government does not support because it thinks it would do little to resolve the conflict.

Underscoring the growing threat Islamists pose to Western interests, a German man held hostage in northern Nigeria by a group linked to al Qaeda was killed on Thursday during a raid by Nigerian forces.

Boko Haram have denied responsibility for the kidnapping, but security forces suspect it was carried out by a faction of the sect. – Reuters