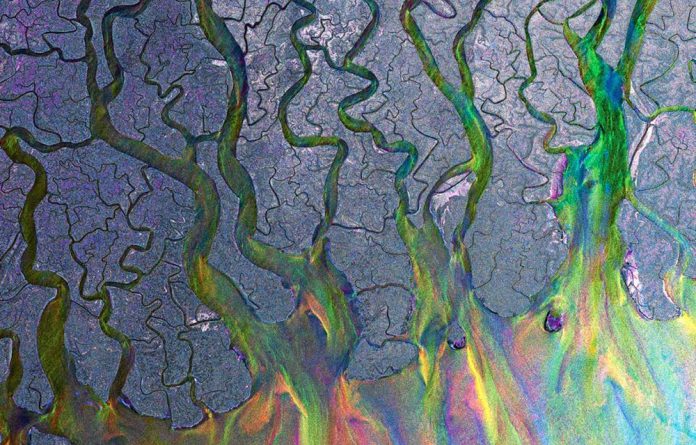 There is a lot of musical ground to cover between the a capella folk songs of 19th-century British musical act the Copper Family and the progressive alternative soul of Brooklyn’s TV on the Radio.

But the band named ? (alt-J) do it effortlessly. So much so that when their double A-side single Matilda/Fitzpleasure was released at the end of February, the band ­ratcheted up the hype meter and all manner of music publications proclaimed them “one to watch” for 2012.

Listening to the single Fitzpleasure, it is not hard to see why. It opens with some great harmonising over a gentle drumbeat, but the song soon explodes into a bass-heavy, window-rattling stomper before segueing into a dreamy breakdown and then amping up the intensity once again.

It is a well-worn, quiet-loud format that numerous bands have stolen from pioneering group the Pixies.

The fusion of folk vocal harmonies with hip-hop’s swagger, rock’s bombast and great electronic production has created a sound that has the music world all aflutter and led to comparisons with Wild Beasts, TV on the Radio, Antony and the Johnsons, and Radiohead.

Most of the comparisons stem from how these other bands fuse a number of diverse genres into their sound, something that ? (alt-J) does with ease, and they all have wondrous vocalists — Joe Newman needs to heard to be believed — but these comparisons are still superficial when one takes in ? (alt-J)’s sound as a whole.

However, critics like to simplify things for readers. One described them as “Nick Drake meets Gangsta Rap”.

?, which is the delta sign that is produced by hitting the “alt” and “J” keys on a Mac computer, is the name chosen by the four young men from Leeds: Newman on guitar and vocals, guitarist and bassist Gwil Sainsbury, keyboard player Gus Unger-Hamilton and Thom Green on drums. They met at Leeds University in 2007.

An early demo of the euphoric Breezeblocks gained healthy radio play without even being released and ? (alt-J)’s SoundCloud account managed to generate more than 70 000 plays in its first six months with little  promotion.

However, following the release of Matilda/Fitzpleasure, things stepped up a notch and now that the debut album An Awesome Wave has hit the shelves the band has been proclaimed one of the finds of 2012.

From the haunting keyboard-driven groove of Tessellate to the lilting guitar rhythm and percussion shuffle of Something Good, ? (alt-J)’s debut album is a real audio delight.

And by the time the infectious “Devendra Banhart fronting TV on the Radio” styling of Breezeblocks worms its way into your heart, there will be no turning back.