Nickolaus Bauer: The spirit of Verwoerd still haunts us 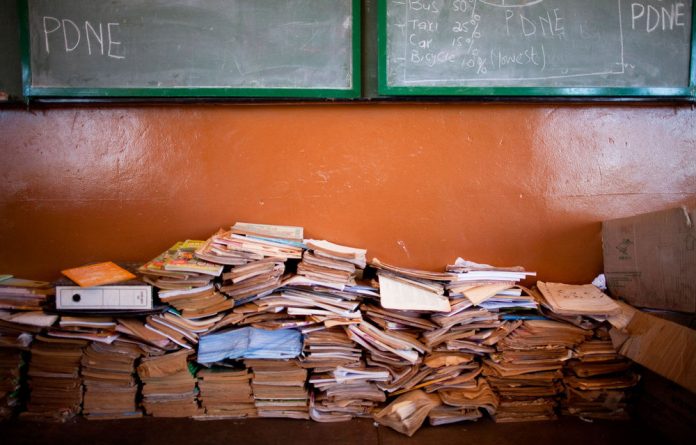 "How can he talk such nonsense, what utter crap! I told you this would happen when the blacks took over," my rabidly conservative septuagenarian uncle raged.

"Apartheid ended 20 bloody years ago – how the hell can he blame Verwoerd for this bullshit?"

He was talking about President Jacob Zuma's claim on Talk Radio 702 that the Limpopo textbook crisis was as a result of the injustices caused during Verwoerd's tenure as prime minister in the 1960s and 1970s.

"What is happening today is what Verwoerd did, where the black majority were historically not given education," he said in an interview on Redi Thlabi's show on Monday.

"We are dealing with a system which had put black people back for centuries."

As hard as it was to hear and be expected to believe, I took to heart what Zuma said – at least in part.

While nobody except his administration – in particular Basic Education Minister Angie Motshekga – is to blame for the disgrace of having learners left without textbooks seven months into the school year, we must take cognisance of the challenges befalling the nation's education system.

The reality is that South Africa is still grappling with the legacy of a system that has pushed not only black people back but has allowed the entire country to slide backwards.

A recently released report by the World Bank attests to this.

The South Africa Economic Update: Inequality of Opportunity report, illustrates the skewed chances offered to the country's youth based on the background and history of their family.

Comparing the realities of three young South Africans, in a manner similar to that used in Trevor Manuel's diagnostic report – the National Development Plan – the World Bank claimed South Africa had an entrenched "inequality of opportunity" that threatened its immediate future.

Of the three young South Africans mentioned in the report, Thandiwe and Nothando were from an urban township and rural village respectively and, more critically, both hailed from households headed by a single parent with no education.

Andries, on the other hand, lived in the suburbs in a household run by an individual with a secondary education.

The report found that while the trio had more or less the same opportunities in attending school up to the age of 15, their opportunities later in life drastically differed.

According to the report, Andries on average will receive better access to electricity, primary and secondary education and sanitation than Thandiwe and Nothando – all of which have monumental effects on their long term development and chances of future growth.

Andries, by the simple virtue of having a parent with a basic education, is better placed to excel in school and enter the career of his choice with ease.

Thandiwe and Nothando are not so lucky.

"Our results show that a black South African child not only has to work harder [than others] to overcome the disadvantages at birth due to circumstances, but having done so, finds these re-emerge when seeking employment later in life," Sandeep Mahajan, World Bank task team leader for the report, said.

Simply put: Thandiwe and Nothando are immediately at a disadvantage from birth due to historical circumstance and are forced to battle against this for the rest of their lives.

For the duo, the basics in life are luxuries. There are no lights to stay up and study late. No quiet rooms to concentrate on your set-work reading. Getting their parents to help them with their arithmetic homework is a pipedream.

And the report explains as much:

"Being a non-white young person, educated below secondary level and living in a rural area, urban township or informal settlement appear to define the vulnerability of being employed, now or at all in the future."

But, the unfortunate reality for many privileged South Africans – white and black – is that prejudice and perceived entitlement often prevent them from imagining such challenges as being a genuine barrier to improvement.

To them, hot water and a warm bed to sleep in are a given and as a result should never be equated with an individual's potential for success.

It is too easy to face the world with a filter that sees all as equal in spite of one's own unquestionable advantage.

This piece should not be construed as an apologetic rejection of criticism levelled at our government. Equally, South Africans should not only note the injustices of the past.

Just as government is responsible for ensuring it provides for its citizens, citizens themselves should be fully aware of the challenges facing their country and not simply fall on the convenience of blaming government.

We, as citizens, need to realise that many policies of the former regime still stalk our society.

It is not only the responsibility of the government to help dismantle the relics of apartheid.