Le Clos said he had always admired Phelps. "Ever since 2004 when he won six gold medals, he has been an inspiration and role model," le Clos said.

"I have all his major races on my computer, I think I have watched the 100m butterfly Beijing final, when he beat Cavic by 0.01 seconds, a million times. I have it in seven different languages."

He said that he studied the races and learned from them. "Watching all Michael's races I know he finishes strong. It sounds crazy but I actually thought I was Michael at the last turn," le Clos said.

"When I turned I looked at him and there was a trigger point I just thought I could try do something special. The last 25 metres came in slow-mo and I just remember thinking to myself and my coach saying 'keep it long and make sure you don't shorten up.'"

Le Clos just managed to touch the pad before Phelps, but the South African said he did not really know how he did it. "To be honest, I think I am a bit lucky."

Le Clos's father, Bert, was overcome with emotion when interviewed by the BBC.

South Africa currently sits at tenth in medal rankings with two gold medals and although Japan has scooped up 13 medals so far, they sit at number 11. China and the United States have found themselves comfortably seated at the top of the list. 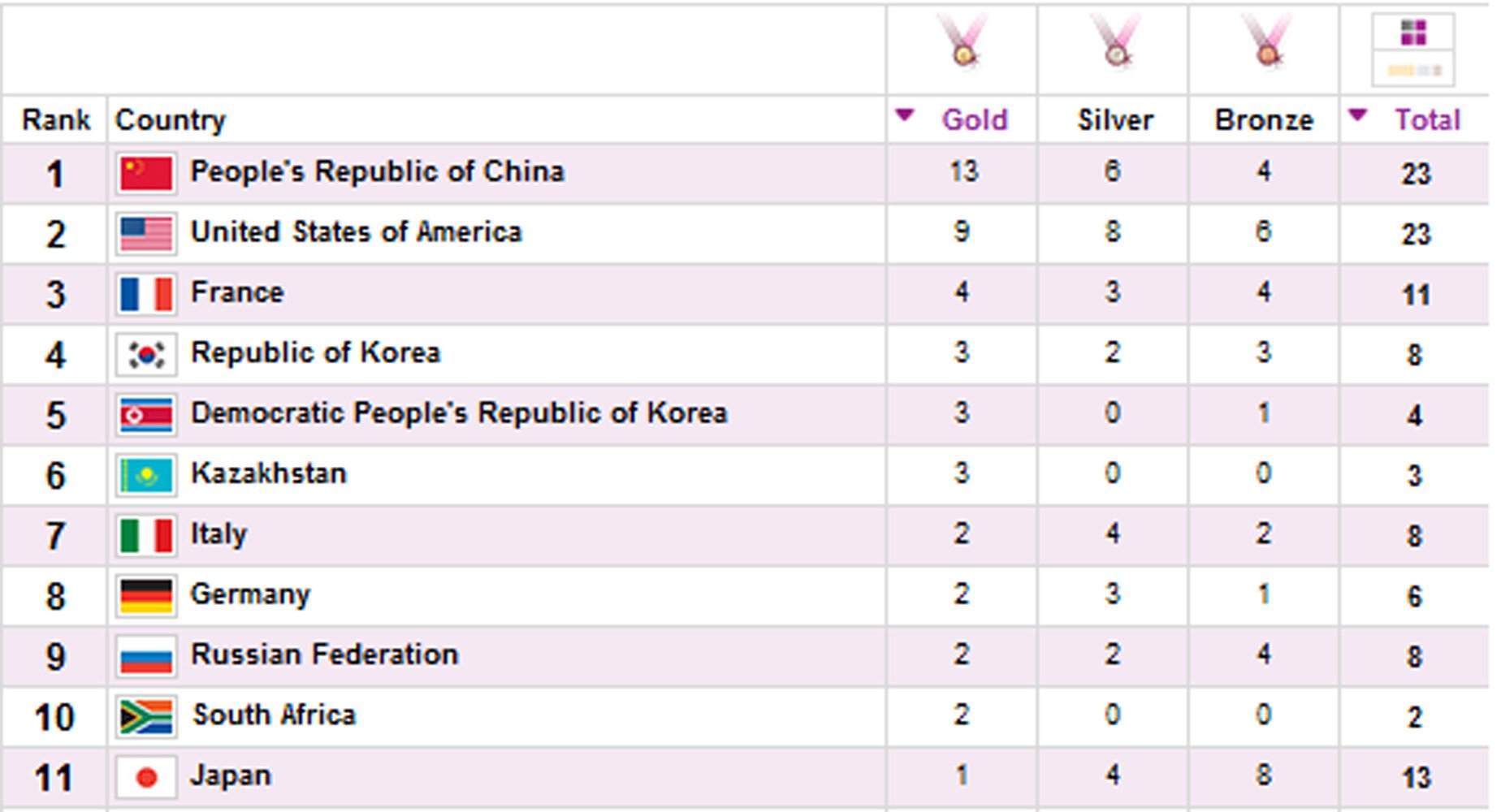 The South African quartet, consisting of Darian Townsend, Sebastien Rousseau, Le Clos and Jean Basson, got off to a super start, with Townsend going out hard on the first leg.

They faded with Rousseau dropping back on the second leg, and they were unable to close the gap, clocking seven minutes, 09.65 seconds (7:09.65) for seventh place.

Meanwhile, Gideon Louw narrowly missed out on a place in the men's 100m freestyle final, finishing fourth in the second semifinal in 48.44 seconds.

Louw, who set a personal best of 48.29 in the morning heats, was ninth fastest in the penultimate round, falling 0.06 seconds shy of a place in Wednesday's final.

Compatriot Graeme Moore failed to progress beyond the preliminary rounds, finishing seventh in his heat in 49.29.

Banyana Banyana produced their best performance of the Games, holding world champions Japan to a credible goalless draw in their last pool match of the women's football tournament.

Holding fort at the back for 90 minutes, the South Africans did well to keep out a relentless Japanese attack in their final appearance on Olympic debut.

The South African women's hockey side lost their second successive match of their campaign, going down 4-1 to world number six New Zealand.

Peternell won a case on the eve of the Games, at the Court of Arbitration for Sport (CAS), which forced the SA Sports Confederation and Olympic Committee (Sascoc) to include him ahead of Paul Hart, who was initially selected as the country's only horse rider.

Keeping up
In tennis, Serena Williams was not selected to play in mixed doubles, while her sister Venus moved into the third round after beating Aleksandra Wozniak of Canada 6-1, 6-3.

Williams must play every day to reach the final on Saturday, and the question is whether she can keep it up as she fights an autoimmune disease that causes fatigue. She is also playing doubles with her sister, Serena.

Serena Williams had also wanted to play mixed doubles. But US coach Mary Joe Fernandez said on Tuesday that it would have stretched her too thin.

Andy Roddick played his last day at the games after losing the second round 6-2, 6-1, to Novak Djokovic of Serbia. British hopeful Andy Murray, seeded third, advanced by beating Jarkko Nieminen of Finland 6-2, 6-4.