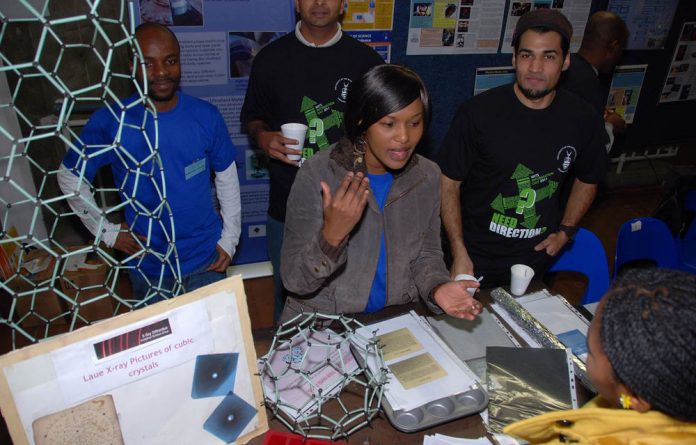 In 2004, an international panel commissioned by the South African Institute of Physics (SAIP), the DST and the NRF tabled a report titled Shaping The Future of Physics in South Africa.

A proposal to the DST and NRF in November 2004 received strong support from the national and international physics communities. After two more years of negotiations to refine the proposal, the South African government announced the establishment of the National Institute for Theoretical Physics (NITheP) in May 2006 and committed funding for the initial five years.

The infrastructure was put in place in 2007 and the first positions for director, five researchers and five post-doctorate researchers were advertised by the end of that year.

The NITheP was officially launched in May 2008 in an event attended by world-renowned theoretic physicist Professor Stephen Hawking, Nobel laureate Professor David Gross and the South African minister of science and technology.

The NITheP is a geographically distributed institute which includes all theoretical physicists in South Africa. Its headquarters is the Stellenbosch Institute for Advanced Study at Stellenbosch University, with regional nodes at the universities of the Witwatersrand and KwaZulu-Natal. The three nodes develop and support theoretical physics in their local regions, and nationally.

South Africa is in dire need of a pool of mathematically, analytically and numerically skilled individuals to establish a competitive know-ledge-based economy. This is the area in which the NITheP has also made an impact with bursary, internship and other training programmes. A concerted effort was made to attract individuals from communities that have not been involved in theoretical physics.

NITheP staff have also been involved in teaching and contract work for industry and other government-supported research initiatives, thereby contributing directly to the upliftment of communities and economic development.