Bacher hails one of the greatest draws in Test cricket 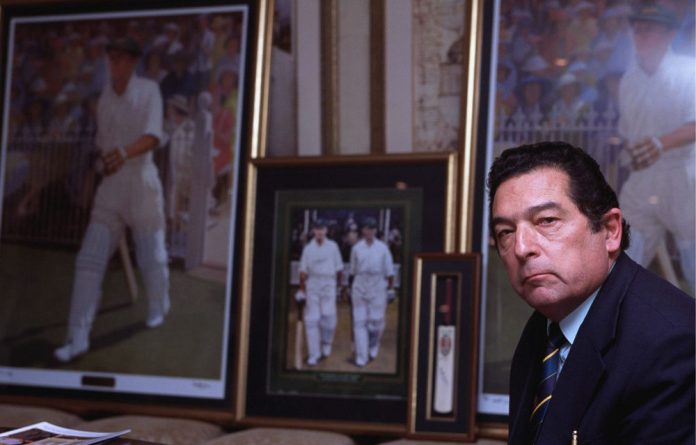 "I've witnessed some extraordinary achievements by some fantastic cricketers in the past, but today's performance could be one of the best ever," Bacher said on Monday.

"There is great honour in salvaging a draw when defeat appears to be almost inevitable."

The game brought to mind Michael Atherton's eleven-hour performance at the Wanderers in 1995, when his 185-not-out saved England from almost certain defeat.

"I remember well Gary Kirsten's 275 against England, when South Africa had been forced to follow-on, to save the 1999 Boxing Day Test in Durban and Jacques Kallis' maiden century in 1996 batting under immense pressure in Melbourne," he said.

"They showed extraordinary resilience and determination then and did so again today in Adelaide.

Bacher, who skippered the last four Tests in 1970 before South Africa went into isolation, praised both Faf du Plessis and Kallis for securing the draw after the Proteas were set a near impossible target of 430 in the fourth innings.

"This morning, very few people would have given South Africa a chance of battling it out and saving the game and yet it happened, which confirms the guts of our present national team," he said.

"Not only were they playing away from home but, at the end of the first day, Australia were looking almost invincible."

South Africa needed to bat all day to deny Australia victory and, in the process, Du Plessis became the first South African to score a century and a half-century on debut.

"Today a South African star has been born. Not only because Faf was making his debut and in the process created history, but because he showed phenomenal big match temperament, under huge pressure," Bacher said.

"If you watch Faf bat, his head is always over the ball and he plays with the full face of the bat. His power of concentration is superb and, if it wasn't for him, in both innings, we would have lost the match."

Bacher said not only was Du Plessis a great limited-overs player, he also has a wonderful future ahead of him in Test cricket.

The other hero of the day, Bacher said, was Kallis, whom he rated as the country's finest cricketer of all time.

"Jacques' 58 in the first innings and his 46 runs today were made under severe physical distress. As I watched him in this match, I came to the conclusion he is South Africa's greatest ever cricketer," he said.

"When you look at the world of cricket today, the two other greats –Sachin Tendulkar and Ricky Ponting — appear to be petering out at the end of their wonderful careers, but Kallis continues to amaze us with his performances."

With a strained hamstring, Kallis was at the crease for 109 painful minutes to help South Africa avoid the follow-on in the first innings and batted without the aid of a runner. Unable to run quickly between wickets, he hit 10 boundaries and a six in his determined knock.

"Australia is one of the few countries which has never given Jacques the credit he deserves. I just hope his efforts during the past two Tests have been enough for them to finally acknowledge his prowess."

With the series level after two draws, Bacher believed South Africa had the psychological advantage going into the third and final Test in Perth on Friday.

"I always believed South Africa's best chance to win a Test in this series would be in Perth because of fast, bouncy wicket there," Bacher said.

"I'm confident they will win with Morne Morkel, Dale Steyn and Vernon Philander displaying their true skills on that wicket.

"Defeat looked imminent but South Africa won the battle today. Instead of being 2-0 down, which could so easily be the case, their resolve and strength of character has given them the upper hand going into the last Test."