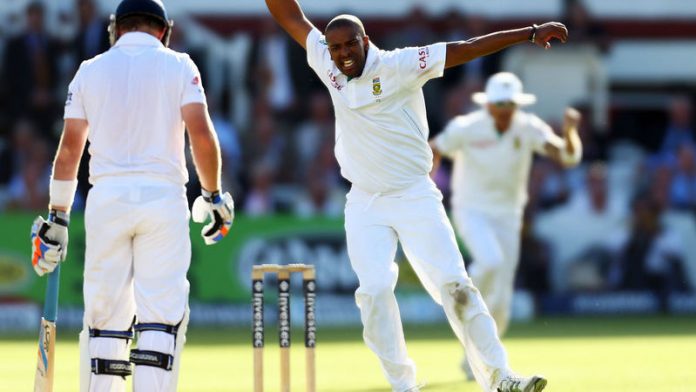 “At the start of a new Test series, your pattern of play is always crucial and, from a bowling perspective, Vernon has an important part to play in attack,” Proteas' captain Graeme Smith said on Tuesday.

“To have him fit is important – not only because he is a wicket-taker for us but because he also performs other roles which are crucial to the success of the team. He came through his fitness test well and, unless he stiffens up overnight, he's fit to play.”

Smith confirmed that the rest of the squad was fit and said the team were all “good to go” for Wednesday.

Starting 2013 ranked as the number one Test team in the world, and facing a New Zealand side ranked only above Bangladesh, Smith was quick to dismiss the series as a waste of time and said his side were not going to just sit back and revel in their 2012 success.

“We've recently played New Zealand, in New Zealand, and it's not as easy as everyone thinks. You've still got to go out there and play the game,” he said.

“If we can win – and win well – well that's what we're here to do. There's an immense respect for the game of cricket in our team and we need to respect our opposition and we know there are some quality players out there.

“We have been inconsistent at home over the last few years and we would like to put that right and this is our opportunity to do so.”

'Our preparation is always good'
While much has been made of the repeated omission of Thami Tsolekile, AB de Villiers will keep wicket during the series, despite his back problems.

“It's tough on Thami but it's important he gets one clear message and I know that Gary has been in touch with him throughout,” said Smith.

“It's a pure cricketing decision in terms of getting the balance of the team right. Thami has come a long way since we played SA schools together and it's great to see him go back to domestic level cricket and keep performing so well.”

In a two-Test series, there was less room for error and Smith said they needed to start well and looked forward to playing in front of a home crowd at one of their more consistently successful grounds.

“Everything seems to fit well when we come to Newlands," he said. "Our preparation is always good and the support we get in Cape Town is always terrific.

“When you have a good record at a ground, you immediately arrive with a certain confidence and understanding of how you need to go about things," Smith added.

"We know what to expect when we get to Newlands and that helps us get the results.”

Weather as an advantage
Recalling the Test against Australia in November 2011, when the visitors were dismissed for a dramatic 47 at Newlands, Smith said he was not expecting a repeat performance and said the wicket had a little bit of moisture in it which his bowlers hoped to use to their early advantage.

“It will be a typical Newlands wicket with a bit of moisture on day one and two. As it gets hotter over the five days, it generally becomes a good batting strip and takes a bit of spin but certainly, in the morning tomorrow, it will be tough to bat.”

While the final XI would be decided before the toss, there would be no surprises when stalwart Jacques Kallis, currently on 12980 Test runs, becomes only the fourth batsman in the world to reach the 13 000-run milestone and Dale Steyn bags his 300th Test scalp – requiring just one more wicket to do so. – Sapa