US is nowhere near a grand solution to fiscal crisis 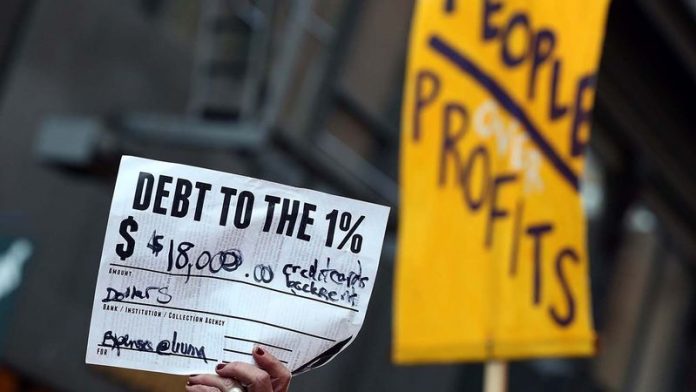 It's a triumph! The fiscal cliff has been avoided, United States politicians have discovered the spirit of compromise and stock markets are booming. Happy new year.

Sadly, none of the above is accurate. First, the largest part of the cliff remains, because $1.2-trillion of spending cuts over a decade will start to be implemented from March if no further deal can be done.

Second, the compromise that will see income taxes rise slightly for the richest Americans is so modest that it could have been struck weeks ago without brinkmanship.

Third, the stock market glee requires context. A one-day rise of 2% or so in share prices is not be sniffed at but we've seen larger rallies greet overhyped "fixes" for the eurozone crisis. These usually fade once investors realise that the avoidance of an immediate calamity is not the same as a determined attempt by politicians to address an underlying debt problem. Reaction to the US fiscal fudge could follow the same script: near-certain recession has been avoided, but that's not much to shout about.

So fans of cliff-top dramas should settle back and prepare for another episode as the March deadline approaches. Indeed, Barack Obama barely paused before warning Republicans they've "got another think coming" if they believe spending cuts alone will be the focus of the next round of talks. In other words, even the tax element of the tax-and-spending debate has not been settled.

Negotiations will be complicated by the inevitable arrival of the US at its $16.4-trillion debt ceiling, the legal cap on government borrowing.

The deal did not contain a provision for an increase – compromise was achieved only by ignoring tougher issues. It's a case of out of the frying pan and into the fire, concluded John Ashworth, senior economist at the think-tank Capital Economics. "Given the cantankerous nature of the negotiations over the past 10 days, it is now very possible that we will see another standoff over those spending cuts and the debt ceiling that leads to a shutdown of the federal government by late February or early March," he said.

That worry, it hardly needs saying, is unlikely to prompt cash-rich US companies to decide that this is the moment to hire more workers. Consumers will also be nervous. Many face immediate cuts in their disposable incomes because the less heralded element of the deal was the agreement not to extend the temporary reduction in payroll taxes. For those earning $50000 a year, it means a $1 000 cut.

Surely, it might be said, the political stakes are now so high and the confidence of US consumers so fragile that a so-called "grand bargain" on tax and spending can be thrashed out at the second attempt. Don't bet on it. – © Guardian News & Media 2013

The ins and outs of the deal

Automatic federal government spending cuts and tax increases were scheduled to kick in on January 1 this year, which many felt would push the United States into a recession. To avert this the US Senate at the eleventh hour agreed to a proposal put forward by the White House.

What the deal achieved

What was not resolved