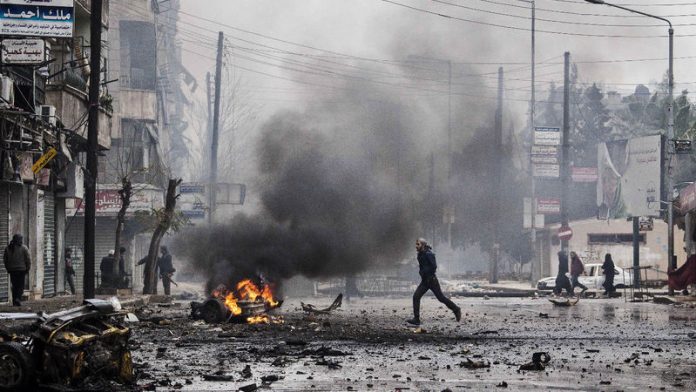 But the WFP is only able to reach 1.5-million people as the situation on the ground worsens, it said.

"Food needs are growing in Syria," said Elisabeth Brys, a WFP spokesperson.  It is becoming increasingly difficult "to reach the hardest-hit places" after almost two years of continual fighting, upheaval and civil war, she said.

The WFP has used the Syrian Arab Red Crescent and a few local non-governmental organisations to distribute food inside the country. But these efforts are being hampered by a "lack of capacity", as well as by the escalating violence between the government and rebels, Brys said.

The organisation has temporarily pulled its staff out of its offices in the Syrian cities of Homs, Aleppo, Tartous and Kurdish-run Qamishli – all scenes of major armed conflict. The lack of security has prevented the WFP from delivering aid to Syria via the port of Tartous, a key conduit in the past.

Long queues for bread are now "the norm" across Syria, the WFP said, exacerbated by the shortage of fuel needed for bakeries, increasing demand from internally displaced people fleeing fresh fighting and the reluctance of drivers to enter dangerous areas.

Since October, the WFP said, there has been a sharp rise in the number of attacks on its aid lorries and about 10 have been stolen or confiscated.

"In many of these incidents, the WFP was able to recover the food after negotiations through third parties, but truck drivers have become more reluctant to drive on some roads or deliver food assistance to risky areas," the organisation said.

In recent months, much of the country has run out of wheat. Many bakeries in the Aleppo area have been forced to close or reduce production. Rebels allege that the regime's forces have repeatedly targeted bakeries in an attempt to starve opposition areas into submission.

Meanwhile, at the Zaatari refugee camp in Jordan, frustrated Syrian refugees this week attacked aid workers with sticks and stones after cold, howling winds swept away their tents and torrential rains flooded muddy streets. The refugees may be about to face even deeper misery, with warnings of a major snowstorm.

International talks
Efforts to accelerate planning for political transition in Syria were due to be discussed this week by opposition figures and Arab and international officials at an event in England, hosted by the British Foreign Office.

William Hague, the United Kingdom's foreign secretary, tweeted that Syrian President Bashar al-Assad's departure from power is inevitable, adding: "Vital that international community plans ahead for the day after in Syria."

The newly formed opposition Syrian National Coalition will be represented at the talks by its vice-president, George Sabra. Riyad Hijab, a former prime minister who defected to the opposition last year, has also been invited to attend.

Officials say the focus will be on practical action to secure post-conflict stabilisation, with lessons learned from Iraq, Libya, Kosovo and elsewhere. "We need to ensure that the state keeps running," said one diplomat.

The conference is not expected to produce a detailed blueprint but rather to prioritise areas for action.

Britain and the other countries that are anticipating Assad's overthrow have been highly critical of Sunday's speech, in which the president appeared to focus on fighting enemies he described as "terrorists" and "Western puppets" while offering future reforms but rejecting any kind of political agreement.

Elsewhere in Syria, activists reported heavy fighting earlier this week in some suburbs of Damascus, including the Sayda Zeinab district, as well as shelling in the towns of Beit Saham and Aqraba, both near the Damascus international airport.

In Lebanon, Walid Jumblatt, a politician and leader of the Druze community, accused world powers of abandoning Syria. Jumblatt, who was once an ally of Assad but now supports those seeking to overthrow him, accused the West of inaction. – Guardian News & Media 2013