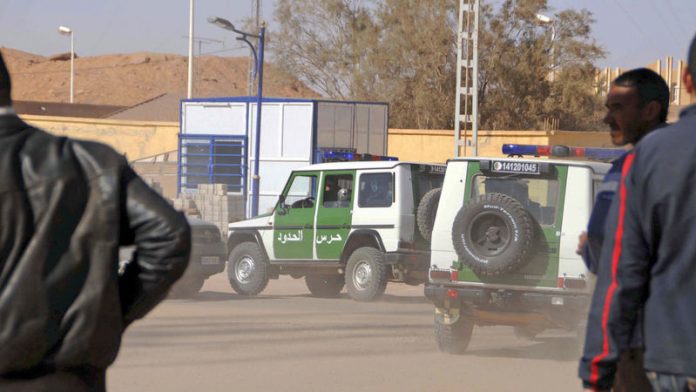 Believed to be among the 32 dead militants was their leader, Abdul Rahman al-Nigeri, a Nigerien close to al-Qaeda-linked commander Mokhtar Belmokhtar, presumed mastermind of the raid.

An Algerian interior ministry statement on the death toll gave no breakdown of the number of foreigners among hostages killed since the plant was seized before dawn on Wednesday.

Details are only slowly emerging on what happened during the siege, which marked a serious escalation of unrest in north-western Africa, where French forces are ratcheting up a war against Islamist militants in neighbouring Mali.

Algeria's interior ministry said on Saturday that 107 foreign hostages and 685 Algerian hostages had survived, but did not give a detailed breakdown of those who died.

"We feel a deep and growing unease … we fear that over the next few days we will receive bad news," said Helge Lund, chief executive of Norway's Statoil, which ran the plant along with Britain's BP and Algeria's state oil company.

"People we have spoken to describe unbelievable, horrible experiences," he said.

British Prime Minister David Cameron said he feared for the lives of five British citizens unaccounted for at the gas plant near the town of In Amenas, which was also home to expatriate workers from Japanese engineering firm JGC Corp and others.

One American and one British citizen have been confirmed dead. Statoil said five of its workers, all Norwegian nationals, were still missing. Japanese and American workers are also unaccounted for.

The Islamists' attack has tested Algeria's relations with the outside world, exposed the vulnerability of multinational oil operations in the Sahara and pushed Islamist radicalism in northern Africa to centre stage.

Some Western governments expressed frustration at not being informed of the Algerian authorities' plans to storm the complex. Algeria, scarred by a civil war with Islamist insurgents in the 1990s which claimed 200 000 lives, had insisted there would be no negotiation in the face of terrorism.

President Barack Obama said on Saturday the United States was seeking from Algerian authorities a fuller understanding of what took place, but said "the blame for this tragedy rests with the terrorists who carried it out".

Official sources had no immediate confirmation of newspaper reports suggesting some of the hostages may have been executed by their captors as the Algerian army closed in for the final assault on Saturday.

One source close to the crisis said 16 foreign hostages were freed, including two Americans and one Portuguese.

BP's chief executive Bob Dudley said on Saturday four of its 18 workers at the site were missing. The remaining 14 were safe.

The attack on the heavily fortified gas compound was one of the most audacious in recent years and almost certainly planned long before French troops launched a military operation in Mali this month to stem an advance by Islamist fighters.

Hundreds of hostages escaped on Thursday when the army launched a rescue operation, but many hostages were killed.

Before the interior ministry released its provisional death toll, an Algerian security source said eight Algerians and at least seven foreigners were among the victims, including two Japanese, two Britons and a French national. One British citizen was killed when the gunmen seized the hostages on Wednesday.

The US State Department said on Friday one American, Frederick Buttaccio, had died but gave no further details.

US Defence Secretary Leon Panetta said nobody was going to attack the United States and get away with it.

"We have made a commitment that we're going to go after al-Qaeda wherever they are and wherever they try to hide," he said during a visit to London. "We have done that obviously in Afghanistan, Pakistan, we've done it in Somalia, in Yemen and we will do it in North Africa as well."

Mauritanian news agencies identified the field commander of the group that attacked the plant as Nigeri, a fighter from one of the Arab tribes in Niger who had joined the Algerian Salafist Group for Preaching and Combat (GSPC) in early-2005.

That group eventually joined up with al-Qaeda to become Al-Qaeda in the Islamic Maghreb (AQIM). It and allied groups are the targets of the French military operation in Mali.

The news agencies described him as "one of the closest people" to Belmokhtar, who fought in Afghanistan and then in Algeria's civil war of the 1990s. Nigeri was known as a man for "difficult missions", having carried out attacks in Mauritania, Mali and Niger.

Britain, Japan and other countries have expressed irritation that the Algerian army assault was ordered without consultation.

But French President François Hollande said the Algerian military's response seemed to have been the best option given that negotiation was not possible.

"When you have people taken hostage in such large number by terrorists with such cold determination and ready to kill those hostages — as they did — Algeria has an approach which to me, as I see it, is the most appropriate because there could be no negotiation," Hollande said.

The apparent ease with which the fighters swooped in from the dunes to take control of an important energy facility, which produces some 10% of the natural gas on which Algeria depends for its export income, has raised questions over the country's outwardly tough security measures.

Algerian officials said the attackers may have had inside help from among the hundreds of Algerians employed at the site.

Security in the half-dozen countries around the Sahara desert has long been a preoccupation of the West. Smugglers and militants have earned millions in ransom from kidnappings.

The most powerful Islamist groups operating in the Sahara were severely weakened by Algeria's secularist military in the civil war in the 1990s. But in the past two years the regional wing of al-Qaeda gained fighters and arms as a result of the civil war in Libya, when arsenals were looted from Muammar Gaddafi's army. – Reuters