Moses returns from injury to boost Nigeria at Afcon 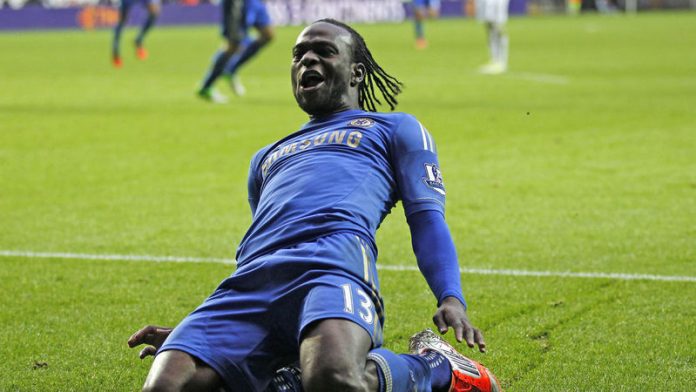 The winger's return from injury is welcome news for the Super Eagles, who take on the defending champions four days after being contained to a 1-1 Group C draw by Burkina Faso.

That surprise stalemate has placed added emphasis on an already tough assignment for coach Stephen Keshi's side.

Keshi, captain of the Nigeria side that defeated Zambia to claim the second of their two titles in 1994, was in a relaxed mood at the team's plush hotel outside this north-eastern city on Thursday.

"That title win was 19 years ago, we have a different game ahead of us tomorrow," he told a press conference.

On Moses, set to make his Afcon debut, he confirmed: "Victor trained well yesterday and, hopefully, will be okay to play. He will bring his desire to the side."

Keshi has one of the most demanding jobs in African football with 180-million would-be coaches back home picking his side.

"It's difficult because everyone wants to tell you who to play in your team, so I close my ears and do what is best for the side – it's not easy!

"But it's not only a Nigeria thing – it was the same when I coached Mali."

One of the striking aspects of the opening batch of group games has been the way so-called lesser lights like Burkina Faso, Cape Verde and Ethiopia have jolted the continent's traditional football superpowers.

"You really can't differentiate between the teams now, you can't say which ones are better. In this Nations Cup, no one can tell what is going to happen it's so tight."

With Nigeria undone by Alain Traore's equaliser deep into stoppage time, Keshi stressed the importance for his players to concentrate right to the bitter end against Zambia.

He described the mood in the Super Eagles camp as "tremendous" before adding: "We know the job we have to do tomorrow".

Game plan
Tackled on his likely tactics for Zambia, he laughed: "I'm not going to share my plan with you".

Captain Joseph Yobo, who equalled Nwankwo Kanu's record of playing in six Afcons on Monday, was only a youngster when Keshi's team lifted the title.

"It was a long time ago, but I remember dancing in the streets. With Zambia, it's always going to be a special game," said the Fenerbahçe defender, appearing alongside Keshi at the eve-of-match press conference.

On the opening draw against Burkina Faso, Yobo said: "We were disappointed after the first game, it wasn't easy to accept that setback, but that's behind us now.

"Now we have the defending champions in front of us, it's going to be very tough. We've got to concentrate right till the end, and we've got to learn from our mistakes.

"We believe we can beat Zambia, it's all about getting points now, we can't afford to lose." – Sapa