Armstrong: From doping to duping — and back again 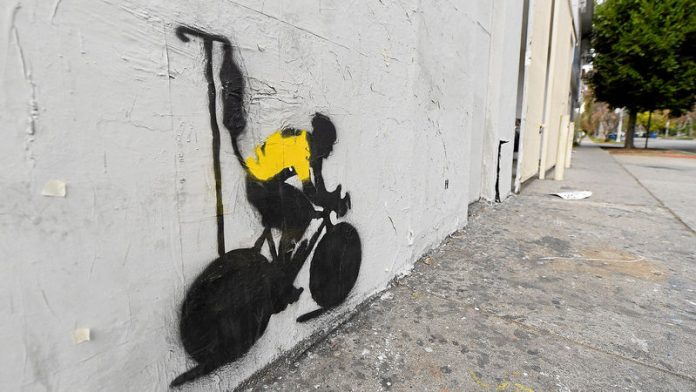 We were sitting not in the plush surrounds of a five-star hotel in Texas, but in a sparsely furnished cabin in the San Jacinto mountains. Floyd Landis's old racing bike was standing just inside the doorway; his underwear was drying on a clotheshorse; the cupboards were bare, the carpet was worn; it had been a while since President George Bush had called.

Darkness was falling on the mountain. Five hours had passed since he had begun telling his story and he had covered most of the bases: his boyhood as a Mennonite, his doping apprenticeship with Lance Armstrong, his Tour de France win in July 2006 and the 12 months he spent lying after he tested positive. We have now reached the moment he knew the lying would have to stop.

It is September 20 2007. He has just set off on a training ride from his home in San Diego, when he receives a call from his lawyer, Maurice Suh. After a costly and protracted legal battle with the United States Anti-Doping Agency, the ruling on his positive test is about to be announced. "We should know in the next hour," the lawyer says.

Landis returns home immediately and waits in the garage. His wife, Amber, is sitting inside, but he needs to be alone. The case has placed a desperate strain on their marriage. Every penny of their savings is riding on this call. Win, and the good times roll again. Lose, and they face ruin. Twenty minutes pass before the lawyer delivers the verdict. "We lost," he says.

Amber cries when she hears the news but Floyd burns with anger. He races upstairs to the living room and takes the most coveted prize in cycling, a beautiful porcelain bowl presented to the winner of Tour de France, from a cabinet. Amber knows what he is thinking and follows him up the stairs, but he has already raised it over his head when she comes through the door.

Turning point
"No Floyd!" she pleads. "It's all we have." He smashes it to the floor.

"I had walked by that thing a hundred times [that year] and every single time I wanted to smash it," Landis explained. "It had made me into something that I wasn't. It represented a turning point in my life where I had to lie."

Lance Armstrong reached that turning point in 1999, but he is not living in a shed in the San Jacinto mountains and he has not broken any porcelain yet. For the first 39 seconds of his interview with Oprah Winfrey, he was utterly convincing …

Winfrey: "Did you ever take banned substances to enhance your cycling performance?"

Winfrey: "Was one of those banned substances EPO?"

Winfrey: "Did you ever blood-dope or use blood transfusions to enhance your cycling performance?"

Winfrey: "Did you ever use other banned substances, such as testosterone, cortisone or human-growth hormone?"

Winfrey: "In all seven of your Tour de France victories, did you ever take banned blood substances or blood dope?"

And then it was back to telling jokes.

Crossing the line
"Michele Ferrari is a good man."

"I don't like the UCI [the cycling world governing body]."

"I care a lot about Christian [Vande Velde]."

"I'm not going to lie to you or the public."

"I think I deserve it [to compete again]."

"When I was diagnosed [with cancer in 1996] I was a better human being after that."

Armstrong has always shown a talent for pulling rabbits out of hats, but this was magic. He did not dope during his comeback in 2009 and 2010. Why not? Why would a guy who had doped with impunity, who didn't even regard it as cheating, suddenly decide he was going to do it clean? Wait, he explains it …

Is this the same guy who dumped his wife for Sheryl Crow? Is this the same Kristin who, according to witness statements given to the United States Anti-Doping Agency, wrapped tablets in tinfoil for Armstrong at the World Championships in Valkenberg? Who told a team-mate, Jonathan Vaughters, that they kept EPO in the fridge? Who watched her husband vilify Betsy Andreu and did nothing?

But the best act came last.

"It's an epic story," Winfrey said. "What's the moral to the story?"

But the word "moral" (adjective: concerned with the principles of right and wrong behaviour) is not a word he has ever looked up. "I don't have a great answer there," he replied, and started faffing.

Cue piano music and the credits.

Here is my bottom line. In the autumn of 1993, Greg LeMond and his wife, Kathy, were sitting at home in the suburbs of Minneapolis, when they received a visit from Linda Mooneyham, the three-times Tour de France winner has recalled. Her 21-year-old son, Lance Armstrong, had just become the world champion and she had travelled from her home in Texas for advice.

"Well, let him find an agent, a good one with an attorney," LeMond replied. "And one word of advice – just be his mom."

They sat on the porch for a while and then moved inside to the kitchen. Linda had something else on her mind: "How do I make him less of an asshole? He doesn't care about anyone." "Well," LeMond replied, "I can't help you there." – © Guardian News & Media