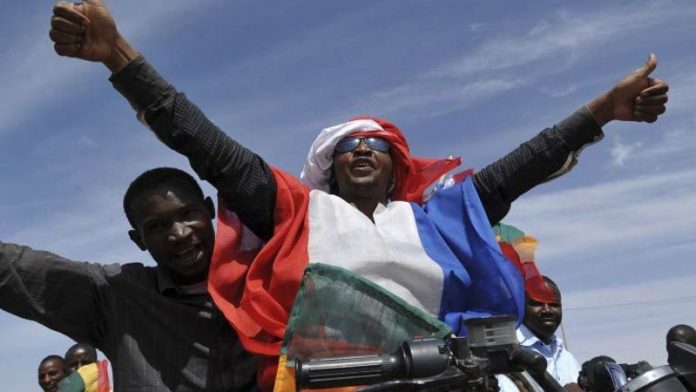 The arrival in Kidal on Wednesday comes days after the French-led capture of Gao and Timbuktu in a three-week offensive that Paris now hopes to wind down and hand over to African troops.

Several sources reported earlier that French troops had landed at the airport of Kidal.

"We confirm that French aircraft are on the Kidal landing strip and that protection helicopters are in the sky," said a regional security source.

A senior Tuareg figure in Kidal and a spokesperson for the breakaway Islamic Movement of Azawad, which recently announced it had taken control of Kidal, also said the French had landed at the airport.

"Our leader is currently talking with them," he added.

Ansar Dine
Kidal lies 1 500 kilometres northeast of the capital Bamako and until recently was controlled by the Islamist group Ansar Dine (Defenders of the Faith).

Last Thursday however, the newly formed group announced it had split from Ansar Dine, that it rejected "extremism and terrorism" and wanted to find a peaceful solution to Mali's crisis.

Ansar Dine and two other Islamist groups took advantage of the chaos following a military coup in Bamako last March to seize the north, imposing their harsh interpretation of Islamic Sharia law. Offenders suffered whippings, amputations and in some cases were executed.

France swept to Mali's aid on January 11 as the Islamists advanced south towards Bamako, sparking fears that the whole country could become a haven for extremists.

With the recapture of Timbuktu by French-led forces on Monday, Kidal became the last major northern city still outside their control.

Several reports say the main Islamist chiefs, Iyad Ag Ghaly of Ansar Dine and the Algerian Abou Zeid of Al Qaeda in the Islamic Maghreb (Aqim), have retreated to the mountains in the Kidal region, which borders Algeria and Niger.

The UN refugee agency reported that food, clean water and fuel were scarce in both Kidal and Tessalit, further north.

"Hundreds of people are reported to have fled Kidal in recent days to villages further north, even closer to the Algerian border," said the UNHCR.

"Others have crossed into Algeria, despite the border being officially closed."

Fresh pledges of international support
In Timbuktu on Tuesday, a day after the troops drove in to an ecstatic welcome, hundreds of people looted shops they said belonged to Arabs, Mauritanians and Algerians accused of backing the Islamists.

They took everything, from arms and military communications equipment to televisions, food and furniture, before Malian soldiers restored order.

Experts in the city are still trying to assess exactly how many of the city's priceless ancient manuscripts dating back to the Middle Ages were destroyed when fleeing Islamists set fire to the building housing them.

The custodian of the collection said some of the documents had been smuggled to safety before insurgents seized the town 10 months ago, in the chaos that followed the military coup.

At a donor conference in the Ethiopian capital Addis Ababa Tuesday, African leaders and international officials pledged more than $455-million for military operations in Mali and humanitarian aid.

Lack of cash and equipment has hampered deployment of nearly 6 000 west African troops under the African-led force for Mali (Afisma) which is expected to take over from the French army.

"Freeing Gao and Timbuktu very quickly was part of the plan," he said.

"Now it's for the African countries to take over," he added, echoing comments made by President Francois Hollande on Monday.

So far, just 2 000 African troops have been sent to Mali or neighbouring Niger, many of them from Chad, whose contingent is independent from the Afisma force. The bulk of fighting has been borne by some 2 900 French troops.

In Washington, the Pentagon said US planes would help fly African troops into the region. The US has already started supplying air refuelling facilities for French aircraft and has flown in supplies and equipment for the mission.