No shortage of iPhone 5 in SA 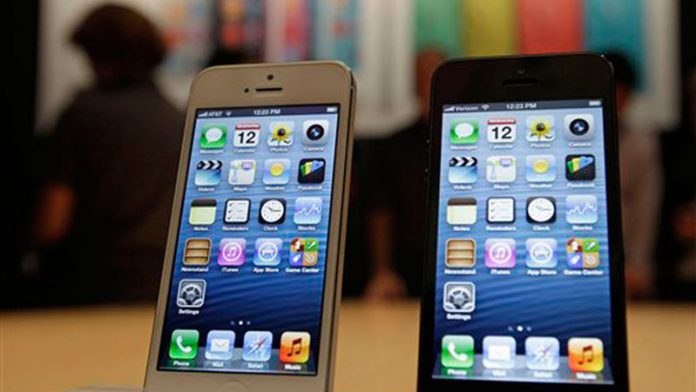 Early concerns that Apple was limiting supplies of the iPhone 5 to South Africa have evaporated. Most major suppliers are adamant they are fully stocked, and can meet all demands for the device, currently one of the most expensive phones on the South African market.

While there are indications that the initial shortage may have been artificially created by networks, it is also significant that the logjams have been removed on the eve of the launch of BlackBerry 10. The two initial BlackBerry 10 devices due to be announced today are likely to be aimed at the same segment of the market as the iPhone 5.

The iStore confirmed that it had no supply problems, and is offering the iPhone 5 on cash and contract, as well as through FNB's no-interest financing deal to its customers. The iStore also offers technical support, training and in-store setup. All phones purchased at the iStore have the additional option of iCare Plus, a 2 year extended warranty exclusive to the iStore. The R799 price tag for iCare Plus includes accidental damage cover.

The post-paid options include contracts with Vodacom, MTN and 8ta.

Nomsa Thusi, Vodacom's Executive Head for Media – Products and Services, also confirmed that the network was fully supplied: "We currently do not have any stock issues on the iPhone 5, and this includes the high capacity models (i.e. 32GB and 64GB)."

Reports of supply constraints from Apple emerged when independent retailers were initially unable to access enough stock to meet demand. However, waiting lists have been cleared at most outlets.

"The iPhone 5 stock in 16GB, 32GB and 64GB is freely available from Vodacom and we have managed to knock off our entire waiting list of almost 1 500 customers," says Sean Joffe, CEO of Cellucity, one of the country's largest independent cellular retail chains.

"We are able to supply cash iPhones, upgrade and post-paid customers. The most popular model is the 16GB."

Joffe warned that the iPhone 5 cash price would increase by R300 in February as a result of the weaker exchange rate, but he did not expect the price to affect the segment of the market targeted by the iPhone.

Marketing war
Meanwhile, rumours that Apple would cease production of the iPhone 4 and 4S have also been dispelled. Both are available from iStores on upgrades and contracts, with the iPhone 4 selling from R4 799, the 4S from R6 999, and the 5 from R8 299.

The initial high-end BlackBerry 10 phones are expected to be launched at a lower price than the iPhone 5, and is expected to spark a new marketing war between Apple, BlackBerry and Samsung – the latter's Galaxy S III was the most popular high-end smartphone in both South Africa and globally in the last quarter.

World Wide Worx research has shown, however, that the high-end phones have not contributed significantly to market share in this country in the past. According to the Mobile Consumer in South Africa 2012 report, Apple had only a 1% market share in mid-2012. Samsung's market share at the time was expected to drop – although its fortunes may have been revived by the Galaxy range, which now covers all smartphone market segments.

BlackBerry's market share of 18% was expected to rise significantly at the time, largely thanks to the mass appeal of the low-end Curve range of smartphones.

In April, UniZulu announced that it had negotiated zero-rated data with MTN, Telkom and Cell C in so its students could access teaching and learning on its online platform without incurring data costs
Read more
Coronavirus

Technology is key for youth to access economic opportunities, however many cannot afford devices or data
Read more
Africa

Without the means to leverage lockdown as a time to grow, Covid-19 reinforces how access to data remains a barrier to young people’s progress
Read more
Advertising
Continue to the category
Politics