Multitasker McLaren is the right man for the job 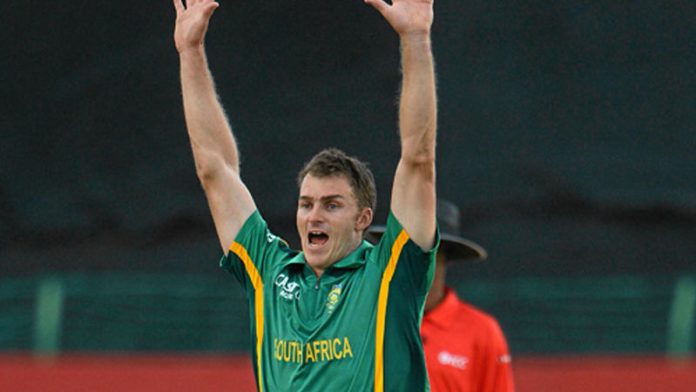 And there is no straightforward answer. There are many!

Alviro Petersen and Vernon Philander are "Test match only" internationals whereas Jacques Kallis is on indefinite leave from ODIs. Morné Morkel and Dale Steyn appear to have been placed on a "one-at-a-time" policy and it certainly didn't help against New Zealand when Hashim Amla was injured and skipper AB de Villiers banned.

So the search goes on for replacements as coach Gary Kirsten attempts to build a team for the short-term (ICC Champions Trophy in June) and the long-term (World Cup in Australia in less than two years.)

The net has been cast and many varieties of cricketer have been identified. But sometimes those closest to the trawler are the best.

Ryan McLaren made his ODI debut in 2009 but has never nailed down a secure place in the intervening four years in 16 games. He has played in eight T20 Internationals on the same basis. Always on the fringes, occasionally catching a game but never given an extended opportunity. That appears to be changing, at last. The series against Pakistan will be the third in succession for which he has been selected.

"I'm extremely grateful but now it's up to me to perform and prove that I'm worth it," he says with the humility and maturity that have characterised his entire career. "I honestly believe I am good enough to bat at number seven and offer a full 10 overs to the attack." Bizarrely enough for a country that produces more all-rounders than any other, the "complete" ODI all-rounder has been a scarce commodity in recent years. Lance Klusener left an enormous hole.

Against New Zealand, McLaren was given a number of vital roles, including new ball and "death" bowling – and batting at number seven. Although the Black Caps won the series 2:1, nobody could fault the Knights man with either bat or ball. Having made a second top score of 33 and taken 4-46 in the first game, he claimed 4-52 in the final game and memorably "lap swept" the final ball for an outrageous six to clinch a consolation victory in Potchefstroom.

"You have to back yourself in any tight situation. Think about your options, assess the situation – but then commit yourself to a course of action. Sometimes it won't work; you must accept that. Hero one day, idiot who lost the game for his country the next. As long as you gave it your best shot," McLaren says.

Kirsten has made no secret of his preference for good "men" as well as merely good cricketers, men with an understanding of life beyond the boundary rope. McLaren is one of the most universally respected professionals in the country.

South Africa's administrators had first-hand experience of his values when they first selected him in 2008 – a year after he had signed a two-year Kolpak contract with English county Kent. With great anguish and a heavy heart, he chose not to break his word and declined his lifetime ambition.

"I regret not making my debut earlier, but not about the decision. It's the way I was brought up. I signed a contract, gave my word, and honoured it. Simple as that," McLaren says.

Lucrative contract
He has been a consistent match-winner throughout his career. Kent would happily have signed him to a long-term contract lucrative enough to all but secure him financially for life.

But he wanted more. He wanted the badge. And now he has the chance to stitch it on more permanently.

"I've worked extremely hard on my batting over the last couple of years and I'm comfortable with any bowling requirements. The game has changed subtly but significantly with the fielding restrictions in the middle overs.

"Not so long ago a seamer conceding 50 runs was thought to have had a bad day. Now, that's not bad more often than not. Provided you take wickets," Mclaren says.

Kirsten is a huge advocate of wicket-taking bowlers in 50-over cricket: "It will be increasingly difficult to win ODIs with dot balls. Regulations and pitch conditions suggest you will need to bowl batsmen out to control a game rather than try to restrict their scoring."

McLaren has all the attributes: three varieties of slower ball –including a 'killer' slower-ball bouncer, seam and swing – and genuine pace (above 140kph).

He's not a showman or remotely controversial. He's certainly not a self-promoter. But, equally, he is anything but the journeyman some believe him to be. There is every chance he will do as he intends – prove his worth and become one of the building blocks around whom the 2015 World Cup team will be built.