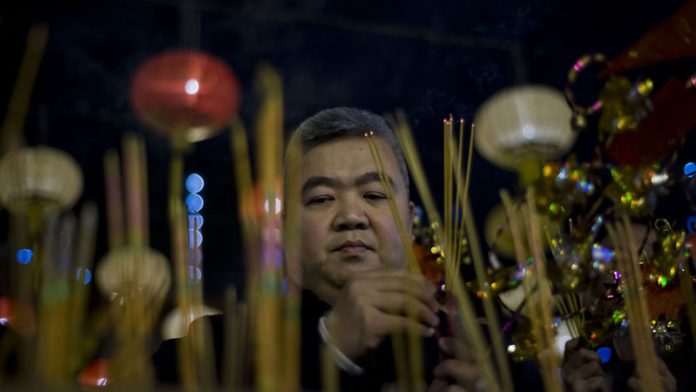 Here is your guide to the major economic events – and huge parties – likely to move markets and make headlines over the coming days.

North America
President Barack Obama will deliver his annual State of the Union message to a joint session of Congress on Tuesday. With America’s unemployment rate currently at 7.9%, Obama has said he will focus the bulk of his remarks on the economy and job creation.

Multiple media, citing a variety of White House sources, are also reporting that President Obama will use the speech to press for a debt reduction agreement that includes a mix of targeted budget cuts and new tax revenues. If Democrats and Republicans are unable to reach a budget agreement by March 1, $85-billion in automatic spending cuts will take effect, creating further drag on America’s struggling economy.

Economists surveyed by Dow Jones expect retail sales figures – scheduled for release on Wednesday – to show that sales rose 0.1%, month on month, in January, down from 0.5% growth in December. Analysts surveyed by Bloomberg expect weekly jobless benefit claims to have fallen to 360 000 in the week ended February 9 from 366 000 in the previous week. Markets expect industrial production figures to show that output rose 0.3% on a monthly basis in January, the same rate of growth recorded in December.

Europe
France – Europe’s number two economy – will release industrial production figures on Monday. Consensus is that, on a monthly basis, production declined 0.3% in December following a 0.5% uptick in November. On an annual basis, however, output is thought to have declined 2.1%, an improvement over November’s 3.6% decline.

The United Kingdom will release January’s consumer price index (CPI) readings on Tuesday. Markets expect the index to have risen 2.7% in January, the same rate observed in December. A day later, the Bank of England will release its inflation report, the bank’s quarterly update on the country’s economic outlook. Markets expect the report to show that policymakers have downgraded their outlook for Europe’s third largest economy.

On Thursday, flash estimates of fourth quarter gross domestic product (GDP) for the eurozone as a whole as well as Germany, France and Italy individually will dominate. The troubled eurozone likely contracted 0.4%, quarter on quarter, in the October to December period following a 0.1% contraction in the third quarter of 2012.

Asia
Chinese markets will be closed this week as the country celebrates its week-long Spring Festival, the most significant holiday of the year. In the absence of data from Asia’s largest economy, economists and investors are likely to take their cues from the region’s other heavyweight economies over the coming days.

Also on Thursday, the Bank of Japan will announce its latest monetary policy decisions. Economists expect officials to leave interest rates and the size of the bank’s asset purchase programme unchanged.

India’s trade deficit narrowed to $17.7-billion in December from $19.3-billion in November, but may have widened again last month. Analysts at 4CAST expect that the country’s trade gap swelled to $19.6-billion. Markets expect that output at factories, mines and utilities likely rose 1.1%, year on year, in December after shrinking 0.1% in November. India’s annual inflation rate eased to a three-year low of 7.18% in December and is expected to have slowed further to 6.98% last month.

Elsewhere in the region on Monday, Argentina will report budget balance figures, Colombia will release consumer confidence and vehicle sales figures and Peru will issue trade statistics. No major releases are scheduled in the region on Tuesday, but Wednesday will bring Mexico’s fourth quarter inflation report and same store sales figures from the country’s retail trade group.

Finally, on Friday, Venezuela will report lending figures. Peru will release its monthly GDP and unemployment data. And Argentina will issue consumer and wholesale inflation figures, both of which, according to the International Monetary Fund (IMF) and almost all economists not employed by Argentina’s government, are fake.

Egypt’s currency – the pound – has weakened nearly 8% against the dollar since the end of 2012 and is expected to continue its slide. Because Egypt imports a large share of consumer goods, the currency’s devaluation could push inflation into double-digit territory over the coming months.

Midweek, attention will shift to South Africa, the continent’s largest economy. Statistics South Africa will release December’s retail sales figures on Wednesday. Sales quickened to 3.4% year-on-year growth in November, but are widely expected to have decelerated in December. Consensus is for lacklustre growth of 1.2%, year on year.

Following Wednesday’s retail figures, markets will turn their attention to the country’s wholesale trade, motor trade and mining output figures for December on Thursday. The mining numbers will be the most scrutinised of the three releases.

Elsewhere on the continent this week, Ghana is expected to release December’s gross reserves figures and January’s CPI data. The country’s central bank will announce its latest interest rates decision this week or next. Tanzania and Namibia will release last month’s CPI data. And Angola’s parliament will hold its final vote on the country’s 2013 budget on Thursday.