Deep read: Nigeria and Burkina Faso – behind the Afcon clash 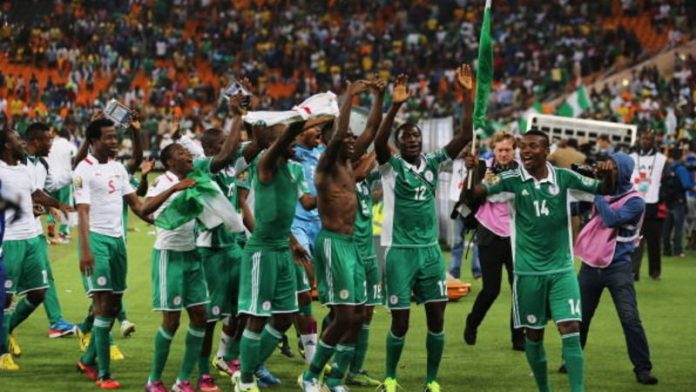 Nigeria’s African Cup of Nations victory over Burkina Faso means they have more than two – and I don’t just mean balls. I am taking liberties with a quip by former Nottingham Forest manager Brian Clough who, while referring to Sir Alex Ferguson's failure to win two European Cups, said: "For all his horses, knighthoods and championships, he hasn't got two of what I've got. And I don't mean balls" (Ferguson has since won two European Cups).

The Super Eagles have finally landed the Cup that has eluded them for 19 years (Ghana, Egypt and Cameroon have a superior record). But the victory must feel empty – the Nigerians would have preferred beating Bafana on home soil. Indeed, at a press conference Nigeria's coach Steven Keshi said this is a trophy they should have won in 1996, when the Nigerians withdrew from defending the cup they had won in 1994.

Nigeria and South Africa are fierce rivals. The rivalry is rooted in the advantages that numbers and wealth bring. At 162-million, Nigeria is Africa's most populous country; South Africa is, of course, the continent's economic fulcrum.

Many would agee that beating the plucky Burkinabes is not as sweet as beating Bafana, the continent's cheese boys (we have the richest soccer league). From a geo-political point of view there is something deflating about the final. A meeting of Egypt and Nigeria (north Africa vs sub-Saharan Africa); Cote d'Ivoire and Nigeria (Anglophone vs Francophone Africa); Nigeria vs South Africa (numbers vs wealth) would have held more interest. The dream meeting of Nigeria and South Africa in 1996 (that never was) was embodied in the dialectic of the saintly Madiba against the evil soldier Sani Abacha.

But perhaps my fascination with grand narratives or neat binaries is preventing me from seeing the obvious.

The opposition of Burkina Faso and Nigeria provides a compelling binary. At their best (or worst), the two countries are embodiments of two different philosophies: one of self-sufficiency and self-determination and the other of kleptocracy and decline.

Post-colonial legacy
Burkina Faso was formerly known as Upper Volta, the colonial name bequeathed on the tiny state after the river that runs through it. In 1983,maverick and revolutionary Thomas Sankara seized power as a 33-year-old and promptly changed the country from Upper Volta to Burkina Faso (Land of Upright Men). His anti-imperialist stance was inconvenient to the French, for whom the concept of decolonisation never really meant much.

His impressive resumé includes planting millions of trees to halt the southward march of the Sahel, outlawing female circumcision and linking the north and the south of the country by a rail network. He was betrayed by his friend Blaise Campaore, a lackey of the French, who had him murdered. A week before he was killed, he said: "While revolutionaries as individuals can be murdered, you cannot kill ideas."

So the Burkinabes' meeting with Nigeria is perhaps appropriate. Blessed as it is with petroleum and numbers, Nigeria's equals in the world should be Malaysia, Brazil and South Korea. Yet it remains a country with shocking levels of poverty, the face of misrule and corruption.

It's only in the last decade that Nigerians have shown signs of breaking with the negative that had become synonymous with the country. For decades they were ruled by corrupt soldiers who pillaged the country. None exceeded the murderous Sani Abacha who stole up to US$4.3-billion when he was in power between 1993 and 1998. He died suddenly in 1998, of a heart attack, in the company of prostitutes.

The last time we hosted the final, in 1996, Nelson Mandela, then president, was involved in a diplomatic spat with Abacha. Abacha, in a moment of childish pique, withdrew the Super Eagles team as a snub to Mandela. Madiba had been vocal in his condemnation of the execution of Ken Saro Wiwa in 1995 and other Ogoni activists fighting Shell's pollution of their homeland.

The records show that South Africa has won the trophy just once while Nigeria has lifted it thrice. It is the kind of statistic that stokes up the fire for the next meeting of the two giants.