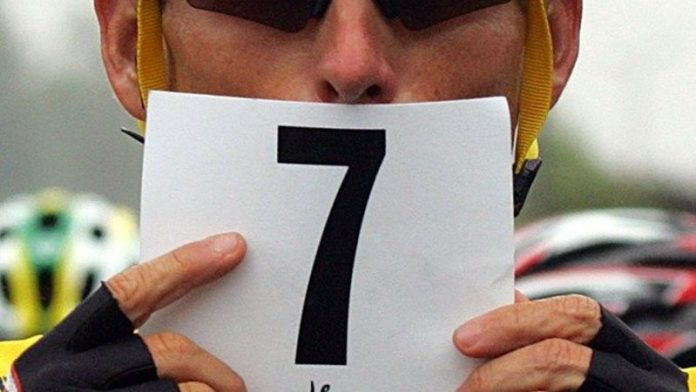 Despite his repeated denials over the past decade, Lance Armstrong's dramatic admission to Oprah Winfrey that he was in truth a drugs cheat has thrown a disturbing sidelight on to the parallel endurance sport of distance running in which dark rumours of widespread, undetected doping abound.

Recent revelations of systematic abuse of performance-enhancing sub­­stances, in particular erythropoietin (EPO) in cycling that followed Armstrong's revelations, serves to reopen a debate about the possibility of similarly rampant drug abuse in athletics that erupted two years before the start of Armstrong's now discredited reign in the Tour de France.

The debates sparked by a brave and seminal 1997 article by Philip Hersh of the Chicago Tribune suggesting that improvements in athletics world records from 3000m to marathons were attributable to EPO have long been forgotten. Nevertheless, the consequences of the sudden and suspicious massive leap forward in athletics performances he identified remain with us today.

From a South African perspective, and indeed that of all "clean" athletes, the sudden improvements in athletics performance left all but the most talented athletes completely uncompetitive against the world's best. None of the athletics record breakers has publicly failed a drugs test, but it is significant that, despite the close scrutiny of drugs testers, Armstrong never failed a drugs test during his cycling career.

In his article entitled "Chinese aren't the only ones raising questions – African male distance runners have made some giant strides", Hersh, who covers Olympic sport for the Chicago Tribune, noted: "In the 20 years from 1973 to the beginning of 1993, the world record in the men's 10000m had dropped 32 seconds. In the past three seasons it has dropped 25 seconds [and] 12 seconds in 1997 alone." Hersh implied this improvement runs contrary to what statisticians call "the law of diminishing returns".

Drug-aided rivals
Apart from Armstrong's disturbing combination of self-righteousness, arrogance and litigious defensiveness, what clinched the issue for me was the numerous failed drug tests by cyclists well-beaten by Armstrong. It was inconceivable that if he was "clean" Armstrong could defeat his drug-aided rivals.

Allowing for occasional freakish individual talent, in athletics a similar argument applies to all-time best performances over the 3000m, 5000m and 10000m. In 2002 the Moroccan-born Belgian athlete Mohammed Mourhit was found guilty of drug abuse and given a two-year ban. Mourhit had impressive times over a range of events. His best over 10000m was a laser-quick 26:52.30 but by the end of 2011 an astonishing 26 athletes had run faster.

The full effect of what I agree with Hersh to be the EPO-fuelled improvement in performance in international distance running on South African athletics may be traced through the careers of three local athletes who dominated in their respective eras. The first is Matthews Motshwarateu. The iconic "Loop en Val" was extremely competitive against the world's best in the 1980s. In 1980 he defeated a star-studded field in Purchase in the United States to set a 10km road best of 27:59. In the 1981 National Collegiate Athletic Association cross-country championships he again defeated a world-class field including Suleiman Nyambui, who won the 1980 Olympic 5000m silver. In 1988 Motshwarateu defeated Arturo Barrios over 10km in New Orleans. Barrios set a 10000m world record the following year.

By contrast, Shadrack Hoff, the current 5000m South African record holder at 13:14.16, enjoyed initial international success in 1995 when he set the record. In 1996 he appeared to suffer an irreversible crisis of confidence as athletes with whom he had been competitive improved out of reach. Today, the hard-running and tough Stephen Mokoka found himself beaten by 89 seconds over 10000m at the 2012 African Championships.

To expose Armstrong's counterparts in athletics requires will and persistence. But if a man as evasive and well protected as Armstrong could be bust, it is quite possible the athletics drug cheats can also be caught.