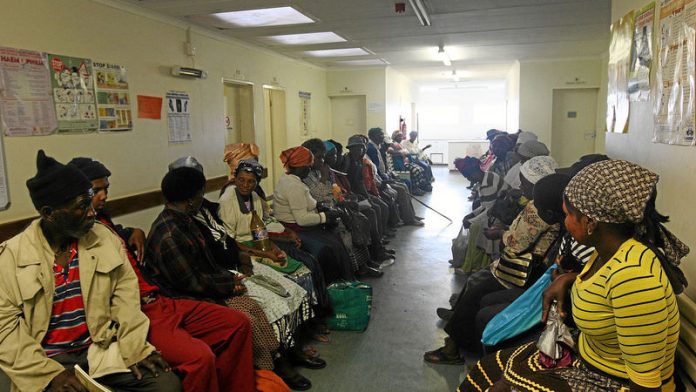 "Madwaleni is one of those rural hospitals that has managed to attract and retain health professionals. Currently the hospital has 10 doctors with pharmacy, radiology, nutrition and rehabilitation health professionals as well," said the 2009 report of the integrated support team appointed by Barbara Hogan, then the minister of health, to investigate the severe overexpenditure of ­provincial health departments.

Madwaleni hospital emerged as a shining example of good rural healthcare. By 2012, however, Madwaleni, deep in the Transkei, was "running" on a skeleton staff of only one doctor and one health professional. Nurses, under enormous pressure, were left to run the maternity ward without doctors' support – this in a district with the highest maternal mortality rate in the country. Pregnant women needing ­Caesarians had to go elsewhere.

In 2012, misguided attempts to deal with the department's snowballing debt led to a moratorium on the filling of vacant posts. This has meant that, despite a number of applicants for positions at the hospital, these remain unfilled.

Across the province the story is the same. The Lusikisiki village clinic was relocated from a building to a tent because the department could not afford the monthly rent of R8600. Komga clinic, 70km from East London, halted its mobile service because its nursing staff shrank from six to three.

Parts of the provincial system were propped up by civil society. In December 2012 thousands of patients who lacked life-saving drugs were saved by the emergency intervention of the Treatment Action Campaign and Médecins Sans Frontières, which took over the Mthatha medicines depot.

Non-supportive work environment
The Rural Health Advocacy Project and Section 27 collected reports by various stakeholders on the human resources crisis in health, with scores of healthcare workers not receiving their salaries at all. Madwaleni eventually received the much-needed healthcare workers through the efforts of Africa Health Placements.

Financial mismanagement, weak leadership and understaffed facilities are not unique to the Eastern Cape. Tintswalo hospital in Mpumalanga has had an exodus of healthcare workers because of the hostile, non-supportive work environment. As we know from the Gauteng health crisis, not even the country's wealthiest province can keep it together.

The difference, though, with rural health is that for poor people there are so few alternatives, if any, to the one rural clinic or hospital an hour's travel away. The few interested candidates for rural posts would have long moved on to places where they feel wanted – urban areas, the private sector, overseas.

Yet the Madwaleni example of four years ago shows what can be achieved by engaged local leadership supported by the provincial and national governments. Unfortunately, it also shows that rural health services can break down rapidly. The Positive Practice Environment Campaign recently launched by the South African Medical Association and the Democratic Nursing Organisation of South Africa is spot on: what should have been the priority for 2012, and should be a top priority for this year, is the upliftment of the public health career (a rural health career, for that matter) as appealing and desirable.

Is this possible? Of course. We can learn from other countries with large rural populations. Trained as a doctor in the Cuban health system, I am excited about South Africa's intention to move to a real primary healthcare system, one that brings health closer towards the people through prevention, promotion, rehabilitation and cure. I also celebrate the country's first rural chapter in the new national Human Resources for Health Strategy 2013-30. The plan includes the following:

To provide personal and professional support to health ­professionals working in rural areas, including outreach from referral hospitals, accommodation, a safe and supportive working environment, and opportunities for career development;

To develop norms for minimum numbers of health professionals for district facilities; and

To recruit more students of rural origin into the health sciences (they are seven times more likely to return to rural practice).

Still, all this good work may come to naught. Health is not likely to receive an increase in the 2013/14 budget, let alone funds for specific rural strategies. A great rural health plan without a budget means nothing. Let us hope, for the sake of the 43.6% of our population in rural areas, that the finance minister brings good news in his budget speech later this month.

Land reform captured by the elite

Include indigenous knowledge and cultures in the curriculum to improve health

Pairing learning with food is a winning recipe

How did an otherwise healthy man with a broken leg end up dead in a hospital ceiling?