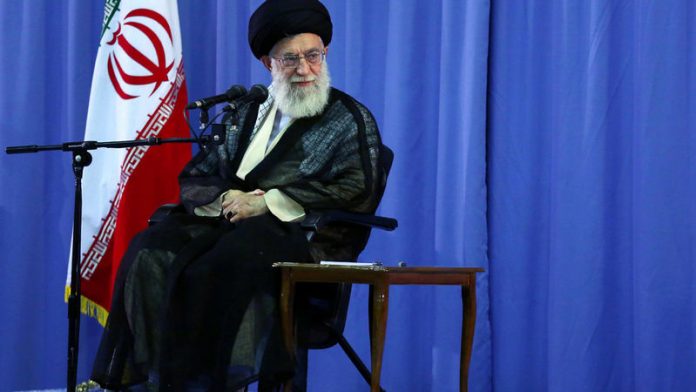 The United States and some of its Western allies suspect Iran may be trying to develop a nuclear weapons capability under the guise of a civilian atomic energy programme, a charge Iran rejects.

Iranian officials have said in the past that a religious decree by Supreme Leader Ayatollah Ali Khamenei banning nuclear weapons is binding on the Islamic Republic, and Khamenei has repeatedly said Iran is not seeking an atomic bomb.

"We believe nuclear arms must be eliminated and we don't want to build nuclear arms," Khamenei said on Saturday morning, in comments published by the Iranian Students' News Agency (ISNA).

"But if we did not believe this and decided to have nuclear arms, no power could stand in our way," he added.

The United States, Russia, China, France, Britain and Germany are due to meet Iran for talks in Kazakhstan on February 26 to tackle a decade-old row that has already produced four rounds of UN sanctions against Iran.

Separate talks between Iran and the UN nuclear watchdog agency this week failed to produce a deal on reviving an investigation into Iranian research that could be used to produce nuclear weapons.

Israel, widely assumed to be the region's only nuclear-armed power, has said is ready to take military action to stop Iran developing a bomb, raising fears the standoff could escalate into a war. – Reuters