British cardinal steps down amid rumours of improper behaviour 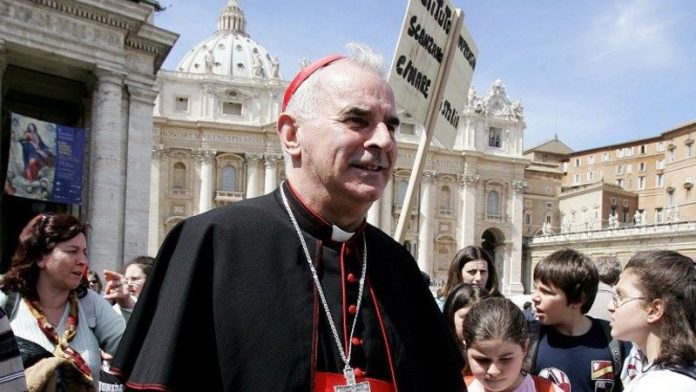 The cleric quit the day after rejecting allegations of inappropriate behaviour with other priests.

Cardinal Keith O'Brien, known for outspoken views on homosexuality, had been reported to the Vatican over allegations of inappropriate behaviour stretching back 30 years, according to the Observer newspaper. He has contested the allegations against him.

O'Brien, who had been expected to take part in the conclave, said he had tendered his resignation to Pope Benedict some months ago as he was turning 75 and because he was suffering from "indifferent health".

The pope, who himself is stepping down on February 28 because of ill health, had decided to accept O'Brien's resignation before he left the role.

"For any good I have been able to do, I thank God. For any failures, I apologise to all whom I have offended," he said in a statement, which made no reference to the recent allegations.

He confirmed he would not be heading to Rome to take part in the election for Benedict's replacement.

"I do not wish media attention in Rome to be focussed on me – but rather on Pope Benedict XVI and on his successor," he said.

O'Brien is the archbishop of St. Andrews and Edinburgh. – Reuters