BP knew of risks but put cutbacks above safety – expert 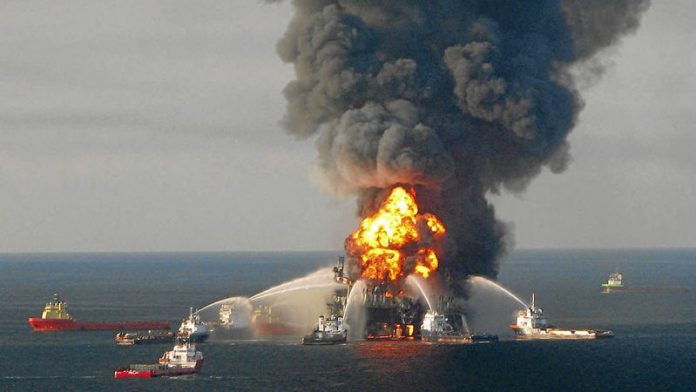 Former BP consultant and catastrophe expert Bob Bea said the disaster was a "classic failure of leadership and management" at the British oil giant.

Bea was the first witness called in the huge civil case over the 2010 disaster. On the second day of the trial Robert Cunningham, the attorney representing businesses and individuals hit by the tragedy, drew a picture of widespread management failure at BP. Bea told the court he had given sometimes "impolite" warnings to BP for years. In 2007 he wrote to them to warn: "You still don't get it."

He said BP had failed to implement its highest safety standards in the Gulf even though the company had acknowledged deepwater drilling in that region represented one of the highest risk activities it had undertaken.

BP had a safety system known as the operating management system (OMS) that executives described as the cornerstone of their safety practices but it was not applied in the Gulf, the court heard.

Bea was asked why he believed the company had not implemented that system at Deepwater. The main factor, he said, was a drive to cut costs.

Earlier, the court had been told of Bea's work on other disasters including the Exxon Valdez, the Petrobras P36 oil rig disaster in 2001 and Nasa's Columbia launch in 2003. Nasa's management mantra had been "better, faster, cheaper", said Bea, and he likened it to BP.

"This is the equivalent to Nasa's mantra that got them into so much trouble – 'better, faster, cheaper'; in this case it's a mantra of 'every dollar counts'," he said.

Bea worked as a consultant for BP off and on for decades and said he became increasingly concerned about the company's risk management systems. In 2007, when BP held a safety event in Normandy, he warned the company: "You still don't get it. Process safety is deadly serious and now you've turned it into a travelling road show."

Legal experts had been expecting a settlement in the case before it began. Those talks now seem to have hit an impasse.

Finding documents
At the trial Daniel Jacobs, a professor at American University's Kogod School of Business, said: "This is a credible, highly qualified witness, who gave potentially devastating direct testimony. The evidence tends to show that BP was well aware of the high risks of drilling in the gulf and that process safety warning signals were being missed. It also tends to show that BP was putting time and money before safety."

Mike Brock, BP's lawyer, suggested that Bea might be suffering from "selection bias". He said the plaintiff's lawyers had helped him to select the documents now being presented in court and used in his report on the disaster. "You agree that the plaintiff's legal teams were focused on finding documents that hurt BP, not [to] help BP," he said.

Brock asked Bea whether BP had made significant efforts to improve safety in the early 2000s. Bea said that it had. "Can you recall telling us the positive things you found?" he asked. "Do you recall saying that you found many, many signs of BP's efforts to improve process safety?" said Brock. "Yes," said Bea.

Jacqueline Savitz, deputy vice-president for US campaigns at environmental group Oceana, said: "BP still owes Americans billions of dollars, possibly as much as $47.5-billion according to analyses by Oceana and others. This includes as much as $17.5-billion in fines under the Clean Water Act, an estimated $30-billion for natural resources damages and additional compensation for economic damages to the fishing and tourism industries." – © Guardian News & Media 2013

Penguins can’t get enough to eat

After being chased away for asking for minimum wage, Gqeberha bakers who endured racism turned first to the CCMA, then to a political party, then to a union. None helped
Advertising