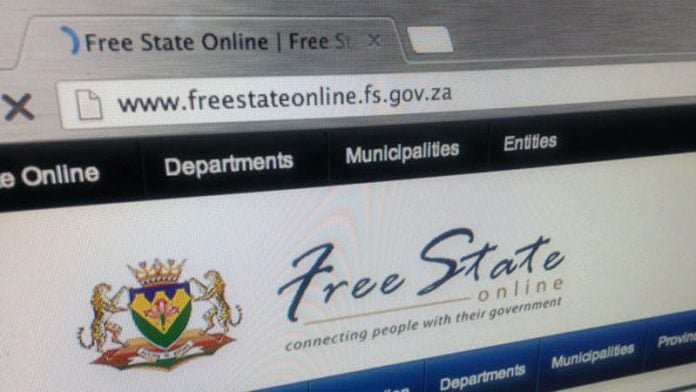 Anyone who spends any degree of time on the internet will tell you that the first sign of a scam is a company with no website and no contact numbers.

Try looking up information on Cherry Online Design, Ikamva IT and Jugganaut – the members of the joint venture that won the multimillion-rand tender to design a web portal for the Free State government and alarm bells should immediately start to ring.

Cherry Online Design has no website to speak of, just a registered domain. Jugganaut fails to even register in a web search, while Ikamva ICT turns up a website with what appear to be fake testimonials, which all carry the same statement, attributed to sources such as Mr Kagisho and Mr Sifo: “Thank you for a Job well done keep up the good work."

The company’s portfolio consists of a set of tiny screenshots, with no links to the websites it designed.

Cherry Online is apparently a "product" of the Letlaka Group, which the opposition party Democratic Alliance claims "benefits from millions of Free State government advertising that is regularly pumped into the Weekly, a propaganda newspaper established to boost the profile of the premier".

Yet the Cherry Ikamva-Jugganaut Joint Venture, with its obvious lack of credentials and experience, was the preferred bidder in a tender for the “redesign/launch of a comprehensive and integrated website” and got the go-ahead to proceed with its multimillion-rand design plan.

Government tender process
According to the province, the cost of the website for the 2011/2012 financial year was R24-million. This year it will cost a further R23.8-million. This after what was said to be a three-year tender process, that apparently ticked all the boxes.

If nothing else, the Free State Online website saga shows just how open to exploitation government's tender processes are.

It is unclear exactly what one could expect from a website with a R48-million price tag. Industry experts say that even the most expensive, expansive and interactive websites, with strict security protocols shouldn’t cost more than a few hundred thousand rand to set up.

Free State Online is not the most expensive, expansive and interactive website in South Africa. The site was not built from the ground up by a team of developers. It was created using WordPress, a free to use web platform, its design is based on a R360 template that anyone can buy online.

Text-heavy and devoid of multimedia and interactivity, the website is a bloated brochure of government information, most of it in the form of fixed-layout PDF documents, which you need special software to view – a known no-no in the design world. The website crashed as soon as it began to get any real traffic, after news about the website came to light on Monday.

News of the deal quickly drew the ire of the tech community. Developers posting on online forums such as mybroadband.co.za lampooned the website as “a disgrace” and “daylight robbery” and took to pointing out the site’s numerous security, technical and design flaws. Many complained that they could do a much better job at a fraction of the cost and called foul on the tender process.

Littered with spam
The comments sections on articles posted on the Free State site, previously littered with spam – a sign that the site had little or no moderation – have in the past few days been flooded with derogatory comments. On Wednesday evening, the site turned off comments.

Representatives from the province have vehemently defended the website.

Asked whether spending on the website had been audited, Africa Boso, a spokesperson for the auditor general, said it had not done so yet but would include it in the annual audit, to be completed by the end of July.

Mvambi justified the price tag on the basis that it includes “38 re-engineered websites” including those for 11 provincial departments, three provincial entities and 24 municipalities in the province, and the province’s use of social media platforms, adding that “extensive research, content development and generation is evident” in the site.

But a look the Free State Online website shows that these websites are little more than nested pages within the website, all with the same flat, text-heavy design as the rest of the site.

“The only way you could rack up such an astonishing amount of money building a website is by spending hours upon hours planning and developing it. But that’s impossible based on the finalised product,” Jon Muller, founder of web design and development company pi-squared told the Mail & Guardian.

"The template used wasn’t even changed that much. It remains in a basic format and the costs of duplicating and adjusting multiple websites – as they claim to have done – is nominal,” Muller adds.

But this has also been disputed by social media industry leaders, who claim the start-up and operation costs of social media are negligible. “You do not create added infrastructure to implement social media on a website. All a developer does is plug it into your existing website,” said Sam Beckbessinger, head of the strategy department at Quirk, an international digital agency.

“The only time social media will run into serious costs is in the planning process, but that is simply a case of deciding where it will go on your site. The idea it can run into millions or even hundreds of thousands of rand is completely bizarre.”

Arthur Goldstuck, managing director of the tech market research firm World Wide Worx, this week examined the tender documents detailing the transaction and estimated the total cost of the site over three years was R97.8-million.

Goldstuck points out that the language used to specify the work that will be done is open-ended and open to abuse. “The way the tender award is worded very cleverly hides the potential total cost of the project,” he said.

It quotes costs “per site” and “per month per site”. It does not mention that this means the costs may need to be multiplied by 38 – for each of the 38 mini-sites involved.

The per site costing itself is exorbitant by industry standards – between R150 000 and R350 000 per site, for design, and the same price again for implementation – and quickly escalates into millions.

Yet the 38 so-called sites appear to be little more than nested webpages within the Free State Online structure, text-heavy with little interactivity.

'Serious alarm bells'
Goldstuck said that in contrast, the South African presidency website, which is significantly more complex and is updated daily with expensive content and lots of multimedia, cost R250 000 in total over four years. “There should have been serious alarm bells at what this was costing. How can you award this size tender without any knowledgeable input, never mind expert input, on the cost of these kinds of services?”

“In terms of the building of the site, not the planning or anything, we're talking about a R10 000 project,” he said.

“The most worrying thing is how the tender was awarded to an entity where there's no online credentials whatsoever, and the corollary to that is the reports that there were other tenders at a much lower cost,” Goldstuck said.

“The additional worrying thing for me is the extent to which there was clearly no expertise whatsoever in scrutinising the detail of the award.”

The winning tender for the Free State Online website quoted almost 25% more just for the “planning, conceptualisation, research and information development” of one Free State metro site, than the presidency spent on its entire website over four years.

Someone signed off on that, and in return got a website that a 12-year old could design.

'Dishing out funds'
The DA has called on the auditor general to investigate the Free State website and has also filed a query with the public protector.

“We believe the premier is dishing out funds to his cronies and attempting to build the biggest propaganda machine in South Africa.”

While the province has dismissed the DA’s comments on the matter, following media reports on it, Free State Premier Ace Magashule said the province would look into whether it had “received value for money”.

In spite of several attempts to initiate contact telephonically, via email and SMS, the Free State government did not provide further comment to the M&G.

Talks between the two parties have resumed, but it is unclear if any agreement will be reached any time soon
Africa