Protesters threaten ‘to burn the Gautrain’ 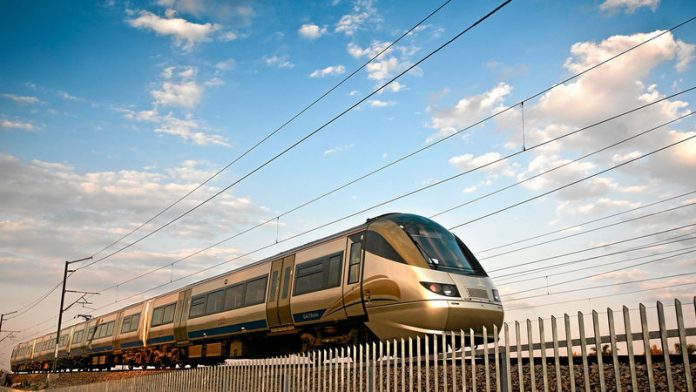 One of their leaders, Albert Mokoena, on Wednesday told transport department deputy director general Maria du Toit that commuters would resort to drastic actions if the train service in Pretoria did not improve.

"Before March 28 you must have responded to our demands. We have resolved amongst ourselves that it is really not good for us to burn our own trains [the Metrorail trains]. We are going to burn the Gautrain," he said outside the Bosman railway station in Pretoria.

"I know that I am on record and I am doing this deliberately. It would be useless for us to burn our own property, but that Gautrain is not for us, it's for the rich people. It is for the bourgeois," Mokoena said to cheers of approval from the crowd.

He said the transport department had not done a proper needs analysis for the majority of South Africans when it had invested in the Gautrain.

"The money that was used to build the Gautrain was supposed to [be used for] the [transport system] of the majority. When you plan, you need to look at where the needs are. You should tell that to the [Transport] Minister [Ben Martins]," said Mokoena.

'Useless' investment
"That investment [in the Gautrain] was useless. We will burn those nice trains which speak English inside them. This is not a threat. I am a politician and I use political language," he said.

Mokoena is a regional secretary of the Pan Africanist Congress (PAC) of Azania's Tshwane region. Most of the protesters wore green and yellow PAC T-shirts.

Another protester, Vusi Mahlangu, who studies law at the University of South Africa, said using the Metrorail train was a "painful daily experience".

"We demand more trains and we demand clean and safe service. Most students are being made to fail by the poor service of Metrorail."

Another protester, Thabang Mothelo, wept when he addressed Metrorail officials about the "tribulations of train commuters".

"It is a very painful experience when 6 000 people are crammed into one train. A cousin of mine was injured in a train accident and only got R7 500. She is now a cripple.

"I use a train because we don't have a car. Sometimes we go to bed without eating at home. Government doesn't care about us, the people who vote. We don't have to fight to get what we want. Don't treat us like monkeys," Mothelo said.

"My good fellow men and women, I will investigate these challenges highlighted in the memorandum. These matters will be brought to the attention of the minister [Martins] and there will be a response to this gathering.

"I would not like to see any trains being burnt, whether it is the Gautrain or Metrorail trains. We want to ensure that your experience when travelling by train is a good one. The reason we travel is to make a contribution to this country," said Du Toit.

The crowd become agitated after transport department officials delayed meeting them. Some threatened to throw stones at the building. Du Toit apologised for the delay. – Sapa