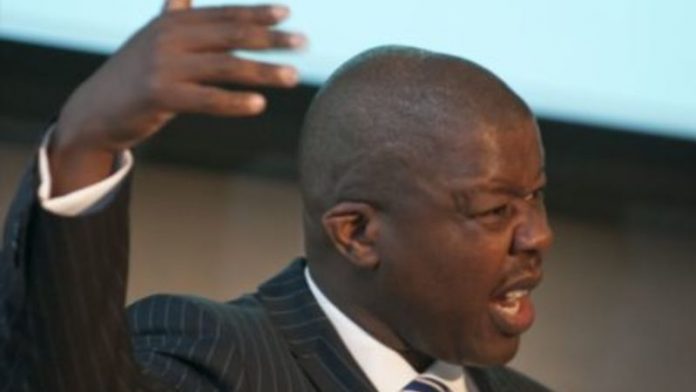 For someone whose exit from Tiger Brands was widely interpreted as a fall from grace, Noel Doyle's quiet return to the JSE-listed food titan is likely to elicit hushed howls.

The former chief financial officer (CFO) quit during the bread price-fixing scandal five years ago, only to rejoin Tiger last year as the business executive of its grains division – a unit that spans bakery, milling and other interests – after sojourns at the autobody firm Bluespec and the grilled chicken franchise Nando's.

Tiger's new corporate affairs executive, Alex Mathole, said in an email that "all relevant factors" were considered before Doyle's reappointment.

That, before Doyle left in 2008, he and 25 other colleagues had been disciplined following the collusion scandal made no difference when the decision to rehire him was made.

Although the extent of Doyle's involvement in price-fixing is unclear, a former Tiger chairperson, Lex van Vught, once told investors that the "behaviour of the individuals involved in these collusive practices was inexcusable".

For its part in foul play, Tiger was fined R99-million. Pioneer, another culprit, shelled out almost R1-billion in penalties. Premier Foods and Foodcorp, partners in the cartel of four, were also fined. Van Vught noted that the episode "incurred significant reputational damage" for Tiger.

Given this and the millstone around Doyle's neck, what perception would his reappointment create? Mathole said that Doyle's "initial departure was voluntary".

This is the same line the foodmaker took in 2008 when Doyle quit – hot on the heels of the early retirement of the then chief executive, Nick Dennis. The PR line was that Doyle, whose affair with Tiger began in 1998, had "left of his own volition".

But it later emerged that he had been given a final written warning in connection with Tiger's anticompetitive behaviour. Months later, Van Vught announced that, given the "collusive activity", it was not appropriate to give short-term incentives to Doyle, Dennis and a now retired executive director, Franklin Haydn.

In the grains portfolio, a post vacated by Thabi Segoale, Doyle's annual income is estimated at R3.7-million, including bonuses and other benefits.

Although this is only a tad lower than the R3.9-million Doyle made in 2007, his last full fiscal year as CFO, the gap is larger when the inflation is taken into account. Also, having lost a cool R2.9-million in share options because of the price-fixing drama, Doyle also forfeited R3.1-million in options in 2008 because he left before their maturity. So his "voluntary departure" set him back no small fortune.

As the head of grains, the 46-year-old Doyle is in charge of milling, breakfast and baked goods subsidiaries. These businesses, which represent more than a third of Tiger's R22.7-billion income, are home to iconic brands such as Ace maize meal, Jungle Oats and Albany bread.

In his new role, Doyle is set for a head-on clash with the civil sector, which is heading a class action that is seeking "unprecedented" damages from the companies that colluded in fixing the price of bread. It's not a welcome prospect.

Tiger's boss, Peter Matlare, who replaced Dennis five years ago, has earned respect for nursing the group's image back to health.

A previous version of this story incorrectly attributed the fourth paragraph to Alex Mathole. This has been rectified.

Listeriosis class action given the greenlight