Sharks ready to take on Brumbies 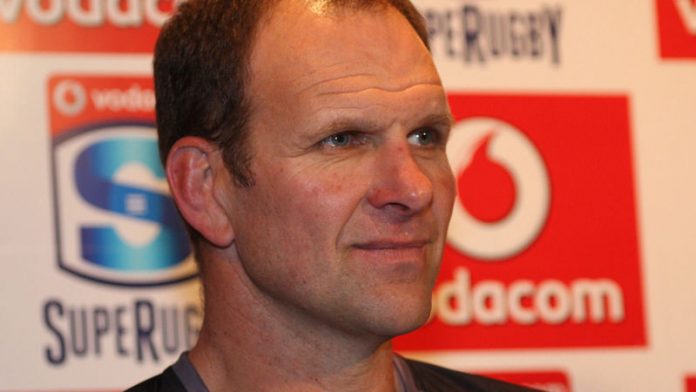 The Durban franchise and their table-topping Australian opponents are two of only three unbeaten teams remaining in the Vodacom Super Rugby competition – the other is the Bulls – after three rounds of action.

Plumtree's men, however, have copped plenty of criticism for their dour style, having scored just two tries so far in the campaign.

“We're obviously disappointed by our attack, but we're not going to dwell on it. There's other areas of our game that are going really well,” the Sharks boss said.

“We're back at home and looking forward to playing in front of our supporters once again, and playing well too. We'll be looking to improve in certain areas.”

But their mission to cross the whitewash more often will not be an easy one, considering the formidable opponents they are up against in Jake White's Brumbies.

The Canberra-based outfit have the best defence in the competition and have impressed with their showing in 2013 thus far.

“They spend a lot of time on attack with their ball retention,” Plumtree said.

“They keep ball for a number of phases and are also very well organised defensively. I think they've conceded just one try so far in the competition. They're on top of the Australian conference and haven't lost a game, so it looks like we're playing the best Aussie side so far.

“Obviously with Jake coaching there, there's an element of South African play we've identified. We've got to make sure this is their hardest game so far this year and that's what we'll focus on.”

Changes
​The Sharks are still without several of their frontline players, including Willem Alberts and Bismarck du Plessis, who are absent through injury, although they will welcome back captain Keegan Daniel for the first time this season.

Plumtree was also forced to make changes to his matchday 22 for the first time in the campaign after another injury, with the impressive Jean Deysel ruled out for four weeks.

Daniel is back in the starting XV, while Odwa Ndungane and Charl McLeod have been brought into the backline in an attempt to improve the attack.

“It's going to be a real test for us,” Plumtree said. “We've got a good side. It's not our strongest team by any means, but our guys have got three from three and we're playing at home, so we'll give it a go.”

Visiting coach White, who led South Africa to World Cup glory in 2007, was bracing himself for their toughest challenge of the campaign.

“Traditionally this has been one of the Brumbies' biggest games of the season,” White said.

“To come away from Durban with four points is a huge challenge but one the team feels comfortable with.” – Sapa