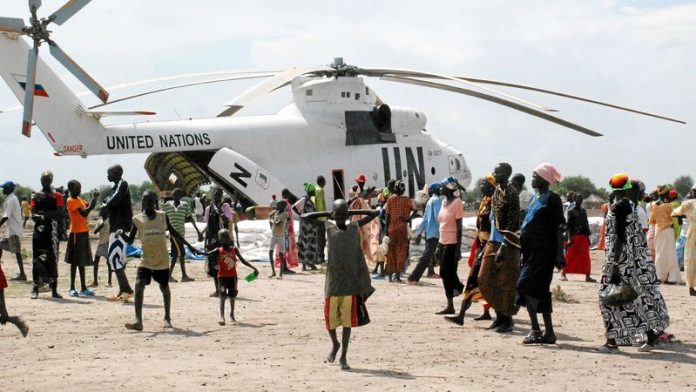 Several Sudanese rebel forces from the civil war regions of South Kordofan, Blue Nile and Darfur have been reported to have used South Sudan's volatile border regions as rear guard bases. They are accused of mingling amongst the more than 185 000 Sudanese refugees who have fled into South Sudan, proving to be a major stumbling block in calming tensions and resolving agreements between Khartoum and Juba.

It was not immediately clear who the fighting was between. "Around 600 women and children who fled the area of the fighting were sheltered in two compounds," Irwin said, adding that local authorities said that at least one policeman was killed and several other were wounded.

The vast camp – home to some 70 000 Sudanese fleeing violence in the Nuba mountains – was reported to be calm on Sunday, but UNHCR said the fighting highlighted its "serious concerns over the presence of armed elements" in Yida.

"In addition to severely compromising the civilian character of the settlement, the presence of armed elements greatly hinder UNHCR’s ability to provide protection to refugees," the statement added.

Rebels from the Sudan People's Liberation Movement-North (SPLM-N) operate just across the border, while Justice and Equality Movement (JEM) fighters from Sudan's Darfur region are also reportedly present nearby.

Last month UN experts gave what they called "clear and compelling" evidence to the Security Council of a JEM base with some 800 fighters "in a former chicken farm" outside the Unity state capital Bentiu.

South Sudan won its independence from Khartoum in 2011, after a bloody 1983-2005 civil war that set up a referendum for Juba to vote on becoming a separate nation. However, since independence, Khartoum has accused Juba of supporting rebels, while the South, in turn, says Sudan backs insurgents on its territory. – AFP